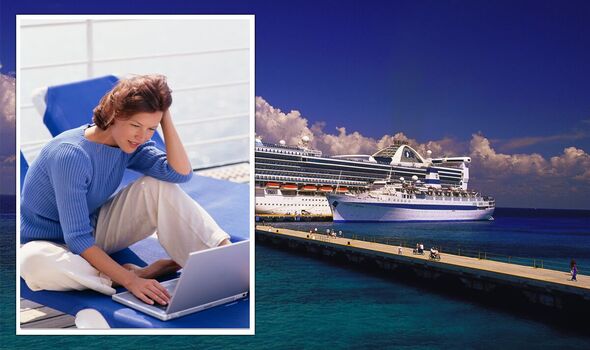 The irate cruise guest said they had been left feeling annoyed by the gratuity tips added onto each purchase onboard the ship. They claimed they felt as though they had been “blackmailed” into tipping.

The guest posted on Reddit: “Gratuity means I voluntarily want to tip someone with exceptional service.

“I didn’t know that cruise lines literally force people to pay daily onboard gratuities with every onboard purchase.

“It’s honestly not about the money itself but this blackmail feeling that I cannot stand. I don’t want to pay for something I didn’t consent to.”

Some cruise lines will add a tip onto onboard purchases but this will sometimes be on an opt out basis.

Another guest agreed saying: “Yes, I wish they would just build it into the cruise price.”

While this isn’t the case with every line, some cruise lines offer all-inclusive passengers included gratuities.

Another passenger claimed: “It’s a way of cruise lines guilting you into paying them instead of them paying their employees. Nothing more, nothing less.”

Some crew may rely on tips to augment their wages and could struggle without the added gratuity.

However, while the angry guest had some support from passengers, the majority of cruise fans thought they had the wrong idea.

One said: “The daily gratuity explicitly covers behind-the-scenes employees on every line I’ve read the fine print on.”

Behind-the-scenes staff such as chefs or garbage sorters would often go without tips if they weren’t included in the price.

Front-of-the-house crew such as waiting staff or stewards are more likely to be rewarded as holidaymakers regularly interact with them.

Another guest said: “It’s automatically there because of people like you who would likely not tip at all in the first place.”

A passenger agreed saying: “Unfortunately, I don’t believe people are that generous. Tipping isn’t part of culture across the wider world.

“You did agree to it in the terms and conditions. Crew on a ship do not have days off generally.

“They work their humps off spending eight months away from their families and if someone gets a comp cruise, it’s not free, you still pay port fees and taxes as well as gratuity.

“In the end, if you believe that your service was not adequate, you can always make your case to guest services.”

Another guest added: “You say it’s not about the money, but it is. If you care that much you can go down to guest services and be one of those who cancel gratuities.”

Guests could ask guest services to remove their gratuity although this will mean that crew lose out on tips.

Some cruise lines don’t include automatic gratuities and guests will have the option to tip staff themselves.