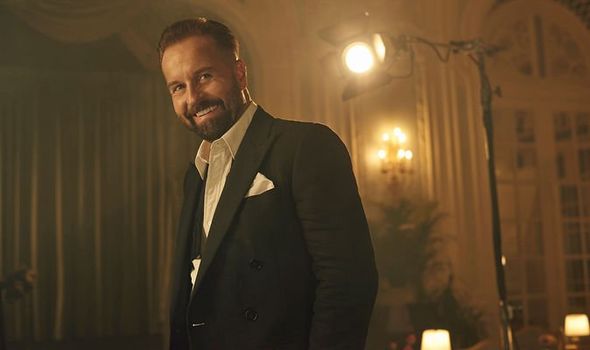 Holidaymakers in search of sunnier shores won’t be disappointed on a glamorous new P&O Cruises sailing to Spain and Portugal ‑ and there’ll be some famous faces joining the cruise too. Alfie Boe, Russell Watson and Harry Redknapp will make up a star-studded line-up of entertainment on Imagine Cruising’s 10-night Exclusive Spain and Portugal Sailcation.

The cruise on P&O’s ship Ventura will depart in May 2022 with ports of call in Santander, Lisbon (complete with an overnight port stay in the Portuguese capital), Porto, and Guernsey, all on a no-fly round trip from Southampton.

Cabin fares start from £799pp based on a May 21, 2022 departure and you can already book the deals on imaginecruising.co.uk.

We take a look at some of the highlights for passengers…

The multi-platinum number one selling artist will treat holidaymakers to an exclusive performance with plenty of sing-along hits.

One of the world’s best classical crossover tenors from the UK, his career highlights include

his portrayal of Jean Valjean in Les Misérables, which saw him perform in the 25th Anniversary Concert and most recently the London Staged Concert).

The football icon will be opening up about his life and career in an exclusive ‘An Audience With’ style interview, including how he rose through the football ranks to become one of the best managers in the game.

The beloved tenor will serenade the audience in an enchanting classical concert.

It’s sure to be a memorable performance ‑ he’s previously performed for the likes of the Queen, the late Duke of Edinburgh, and Prince Charles, as well as the late Pope John Paul II who requested a private audience with the tenor at the Vatican.

There’s also the tempting Oasis Spa & Salon for some well-deserved R&R, not to mention you’ll be spoiled for choice when it comes to food with speciality restaurants, poolside pizzerias and even a delectable afternoon tea.

As for the cabins themselves, sizes range from 130 sq ft to 314 sq ft, with plenty of amenities such as king size beds, TVs and other home comforts.

Want to be onboard the exciting cruise? Cabin fares for the Exclusive Spain and Portugal Sailcation start from £799pp based on a May 21, 2022 departure and you can already book the deals on imaginecruising.co.uk.