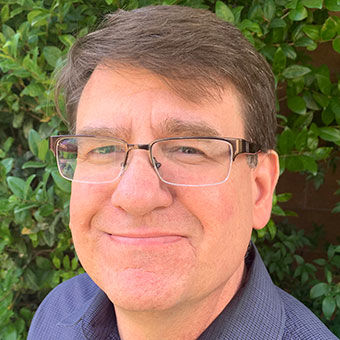 Station Casinos, a dominant player in Las Vegas’ locals gaming and hospitality market, is looking to double its portfolio by 2030, perhaps even including an eventual presence on the Strip.

Construction continues on the $750 million Durango Casino & Resort in the southwest Las Vegas valley. A detailed model of Durango, set to open in the fall of 2023, is displayed at the Red Rock Casino Resort, itself undergoing enhancements that include new restaurants, an adults-only pool and a renovated high-limit slots room.

But company executives recently confirmed that three older casinos that have been closed since the onset of the pandemic will not reopen. Texas Station and Fiesta Rancho in North Las Vegas and Fiesta Henderson will be demolished and the land under them sold.

“While these properties have been an important part of our business for many years, our capability to recapture the majority of the gaming play from these properties has made the reopening of these properties uneconomic,” said Red Rock Resorts (parent company of Station Casinos) CFO Steve Cootey during a second-quarter earnings call.

“While the decision was difficult, it was the correct one and will enable the company to move more quickly to develop the next generation of Station Casinos’ resorts for the residents of and visitors to North Las Vegas, Henderson and the rest of Las Vegas valley,” he said.

The company, which also sold the Palms near the Strip to the San Manuel Gaming and Hospitality Authority for $650 million in 2021, recently paid $172 million for 126 acres of land south of its existing parcel at Las Vegas Boulevard and Cactus Avenue, south of the South Point casino.

“We are excited about the potential of this site as a local and regional destination casino-resort and look forward to setting our plans for this parcel in the future,” Cootey said.

Meanwhile, Station Casinos is planning to continue to operate in North Las Vegas. It signed a purchase and sales agreement and is “conducting due diligence” on a 67-acre site master-planned for a casino-resort at Losee Avenue and Interstate 215.

Station also owns large parcels of land in Henderson, in northwest Las Vegas and near Town Center Drive and Flamingo Road in Summerlin, among other sites, for potential hotel-casinos later this decade.

How Durango performs when it opens will determine the pace of development in other parts of the valley, Station officials said.

“We want to get Durango open, and we’ll be ready to start on the next project after that,” CEO Frank Fertitta III said. “We expect to double the size of the portfolio by 2030 … and continue to roll out new properties one after the other.”

Station also owns Santa Fe Station in northwest Las Vegas, Sunset Station and Green Valley Ranch in Henderson and Palace Station and Boulder Station in Las Vegas. In addition, it operates Wildfire casino properties around the valley, which do not include hotels.