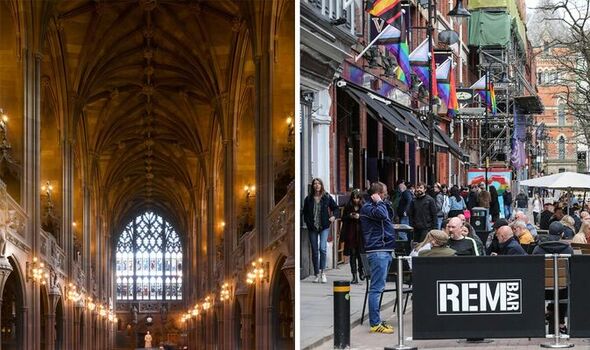 Manchester has been crowned as one of the world’s best destinations by Lonely Planet. The judging panel said the city was an “exciting pick”.

Every year, travel company Lonely Planet chooses its top destinations to visit around the world.

Manchester was the only destination in England to make the list, beating out other hotspots such as London and Liverpool.

The city was celebrated for several exciting new attractions as well as renovations at key venues.

The Lonely Planet listing states: “Along with being an accessibility-friendly destination that’s also doing a lot for sustainability, Manchester has some exciting things happening in 2023.

“The Manchester Museum is getting a major renovation, the Manchester Jewish Museum is expanding, the Factory International arts space is set to open and the historic Castlefield Viaduct is being transformed into a green walking trail.”

The National Trust’s Castlefield Viaduct transformed the former viaduct into an incredible ‘park in the sky’.

Manchester’s Jewish Museum doubled in size in 2021 and explores the history of Judaism in the city.

Factory International is another exciting new development, a cultural hub which will open with a Danny Boyle directed experience next year.

“Manchester’s urban dynamism combined with a fascinating history and cultural scene makes it an exciting pick.

“Next year is going to be a great one in Manchester for cultural happenings like the reopening of Manchester Museum, the launch of the new Factory International and the chance to tour Castlefield Viaduct.

“It’s a city to experience, not just visit, so our suggested itineraries have also flagged up live music, great places to eat and drink, and street art tours and more.”

The itinerary suggests tourists visit the Central and John Rylands libraries and admire the street art in the city’s trendy Northern Quarter.

Manchester Art Gallery and Manchester Craft and Design Centre are also included with a trip to Mackie Mayor food hall for afterwards.

Visitors are also recommended to go to hear live music at Band on the Wall or go clubbing in the city’s Gay Village.

Other destinations celebrated in the same category as Manchester include New Mexico and El Salvador.

Dresden and Marseille were the other cities to make the list with Marseille celebrated for diverse neighbourhoods and street art while Dresden’s urban renewal caught the panel’s attention.