Prague: Expert advises tourists on where to visit in the city

After a 30-minute drive from the Vaclav Havel Airport, I arrived at the Boutique Hotel Golden Key, a stunning building with a completely reconstructed look, which earned it a place on the Louis Vuitton Prague City Guide. A quick stroll near Prague Castle and a pint of Staropramen later, it was time for a group walk across Charles Bridge to Old Town Square. The warm weather made for the perfect backdrop as we took in the area and discovered centuries-long history.

Bohemian glass is one of the staples of Czech culture, having been internationally recognised for its high-quality craftsmanship and detail, and what better way to experience this than by trying to blow glass as a complete novice at PRAGL.

With the help of our very talented glassblowing expert David, we set out to make some of our very own glasses in front of the sweltering 1,500 degree furnace. After a few minutes, some suspect blowtorch use and a few cups of local Sklář beer, we had our very own glassware and were invited for a tour of their quite incredible gallery.

A short, and slightly cooler walk later, we found ourselves at Červený Jelen – or Flying Stag – restaurant for a traditional dinner of braised deer leg and Czech staple Carlsbad dumplings. As with all great restaurants, and nations, the pivo (beer) was flowing and made for an excellent end to a first night in Prague.

Day two was a full detox as we travelled to the wonderful spa town of Poděbrady. The town is popular for its springs and calm atmosphere surrounded by a beautifully-maintained park and stylish cafes. 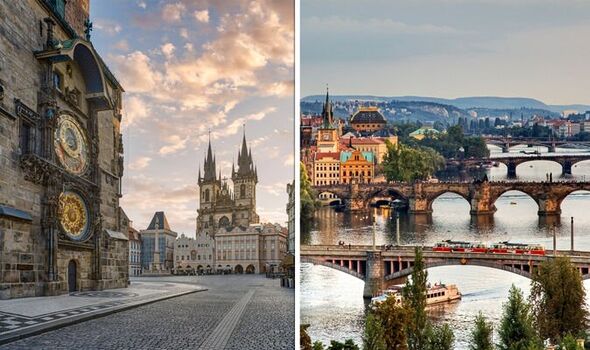 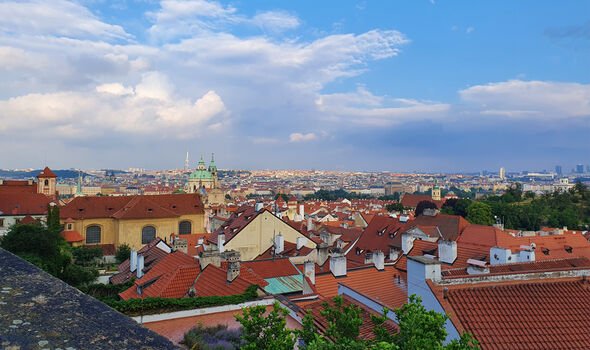 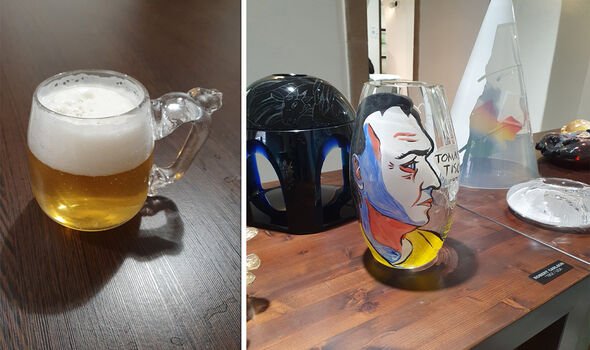 Since 1908, the Spa Poděbrady resort became famous for carbonated hydrotherapy which has excellent treatment effects on various systems of the body, with Czech citizens occasionally being prescribed stays in these spa towns to help with various ailments.

The spa was completely renovated over the pandemic and only opened again earlier this year, much to the delight of the locals and anyone wanting to bathe in the healing mineral spring water.

The town also had a glasswork factory which manufactures the world-renowned Crystal Bohemia with its iconic blue and gold seal. They are one of the world’s leading producers of lead and lead-free crystal and by far and away the largest producer in the Czech Republic.

After a tour of the sprawling glassworks campus, a short drive took us to Přerov nad Labem and the open air museum, which shows what life was like in 18th century Bohemia. Featuring more than 32 preserved structures, visitors get a taste of how people lived, learned, worked and maintained a living over 200 years ago. 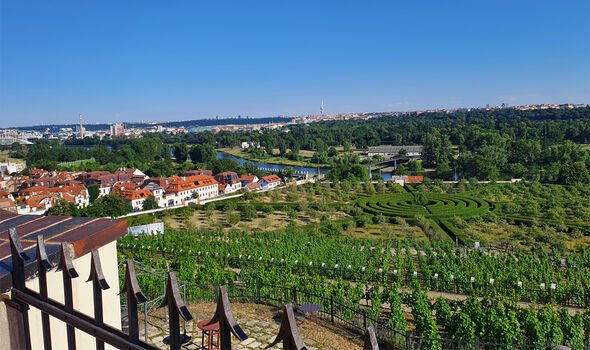 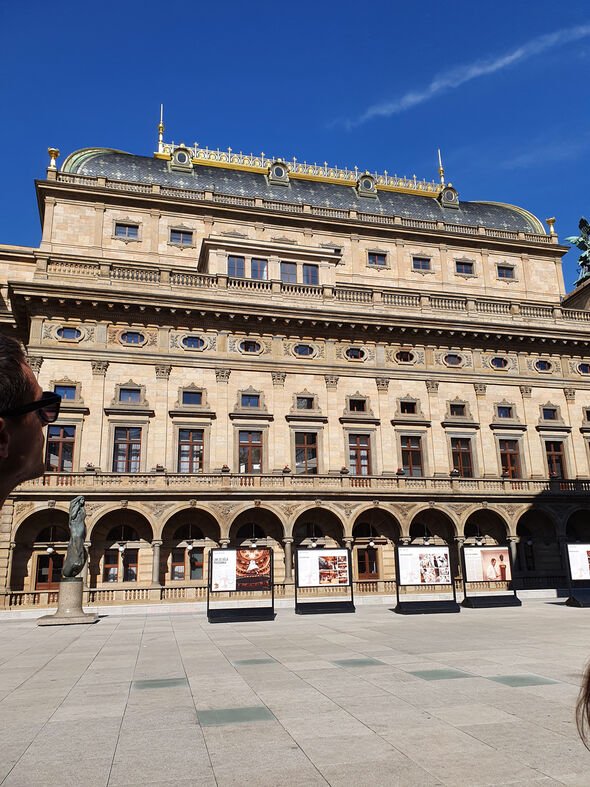 As the warm 30-degree summer continued to beam down on us, what better time to visit a stunning vineyard on the outskirts of Prague, allowing for wonderful views of the whole city. St. Claire’s Vineyard is a piece of Czech history and is just one of eight vineyards surrounding the capital and can be traced back to the 1200s. But it was Charles IV who revolutionised the wine-making capacity at St. Claire’s, issuing a decree about vineyard establishment and ensuring all suitable south-facing slopes within three miles of Prague be planted with grapevines. And what a decision that was.

After a walk around the vineyard, admiring the views of the city and the phenomenal smell of the grapes, we were taken to a hidden cellar where we were greeted with countless bottles of wine for a tasting, accompanying snacks and a wonderful blast of cold air. For me, the Riesling, Pinot noir and the Portugieser were the cream of the crop. Rather handily, our trip to the vineyard was followed by a few drinks at the Three Fiddles Irish pub opposite our hotel. Another excellent choice!

The arts are another staple of Czech heritage, with Prague being the home to the staggering National Theatre which carried as much heritage as any corner of the city. First opened in 1881, and again in 1883 after a devastating fire, the spectacular theatre is emblazoned with gold embellishments as well as masterpiece paintings from some of the Czech greats like Aleš, Ženišek, Hynais, Myslbek, and others.

What followed was something quite unexpected. A visit to Břevnov, which acts as not only an active monastery but also a brewery. The first Benedictine monastery was founded in 993 AD and has the oldest tradition of beer brewing in the Czech Republic. The old building proved to be the perfect foundation for a quaint brewery, with the beer samples going down a treat.

The monastery grounds were immaculately maintained and even featured a tavern where we stopped for lunch. The beer tasted even better knowing it had been produced a stone’s throw from where we were sat, especially when paired with Halusky – traditional potato gnocchi with smoked meat and sour cabbage.

Czech traditions were at the heart of the trip and the next excursion was no exception as we made puppets with master puppeteer Pavel Truhlář. As we sat around Pavel’s studio, we were given outlines to create our very own puppets, all based on aspects of Czech history. I was lucky enough to be given Vodnik, or Vodyanoy, an evil water creature spirit. As with most artistic projects, I had a grand idea in my head that I couldn’t quite pull off, but Pavel worked his magic and made it look great.

Once we had nailed the basics of walking with puppets, we headed back to the Golden Key hotel and prepared for dinner at the majestic Municipal House Restaurant where we had a three-course meal of traditional Czech cuisine. To top it off, the piano player in the corner dedicated “The Girl from Ipanema” to our table – an excellent touch. As we continued into the night, we were met with the first instance of weather to remind us of home and when it rains, it pours. But not even the torrential rain could dampen our mood as we rounded out the night at a wonderful bar in the heart of Prague.

Day four took us to the “City of Silver” at Kutná Hora. The rich wealth of resources in the early days of the Czech Kingdom helped ensure the boom of the nation and we were lucky to take the same path the miners would have taken in the 16th century. Through the 250-metre-long cave system, we were able to capture a glimpse of what life would have been like for those workers hundreds of years ago, albeit with helmets and lights. The perfectly preserved cave now attracts thousands of tourists every year who squeeze their way through the narrow passages. 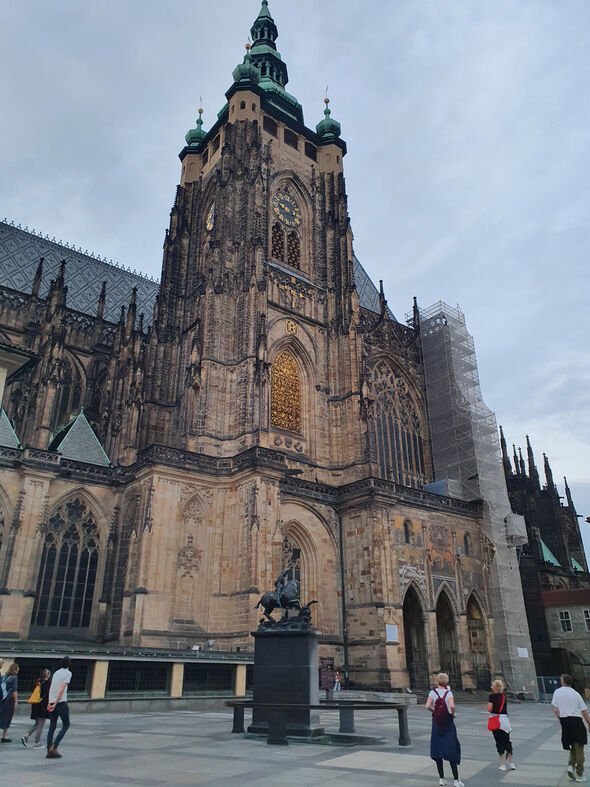 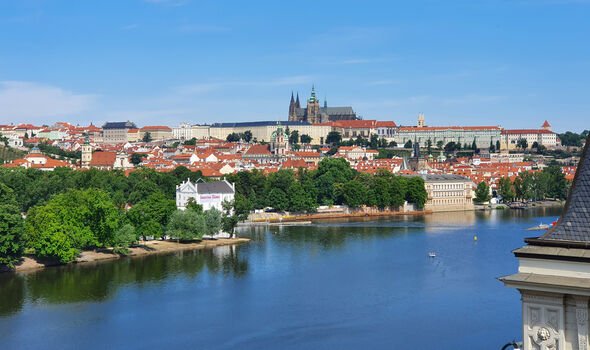 A guided tour of the UNESCO World Heritage Site saw our group view the interiors of the magnificent Italian Court and Cathedral of St. Barbara, both sights to behold. The craftsmanship and design on display were truly remarkable, especially since construction of the cathedral started in 1388.

Our last stop in the quaint town of just 20,000 was the Kutná Hora Chocolatier. It had some delicious choices and, most impressively, one of the world’s smallest dedicated chocolate museums. On offer was chocolate made from camel milk, matcha flavoured and chocolate made from 95 percent cacao. It will come as no surprise to find out that it won eight medals at the International Chocolate Awards just last month.

As the trip began to draw to a close, we had one last chance to explore Prague before a final supper. My curiosity led me to a botanical garden before trying out the Metro system, which certainly gives the London Underground a run for its money before wandering the streets of the Staré Město (the Old Town) and Josefov (the Jewish Quarter).

Our last dinner was at Restaurant U Labutí, a beautifully secluded eatery less than five minutes away from Prague Castle, which once again offered unbelievable views of the city. As with most monuments we had seen during our stay, the castle – which is the largest ancient castle in the world – took your breath away with its sheer size and immaculate design.

Sadly my time in Prague came to an end on Sunday morning. As I made my way back to the airport, I was given one final glimpse of the magnificent views Prague had to offer, thankful for the chance to visit one of the world’s golden cities.