An airline that offers a child-free zone on its planes is now operating services from the UK for the first time.

Scoot, a low-cost subsidiary of Singapore Airlines that launched in 2012, is running direct Dreamliner flights from London Gatwick to Bangkok with bare-bones one-way economy fares starting at just £210.

A multitude of upgrades are available, though, including the option of paying from £16 to sit in a ‘ScootinSilence’ seat towards the front of the plane, where under-12s are banned. 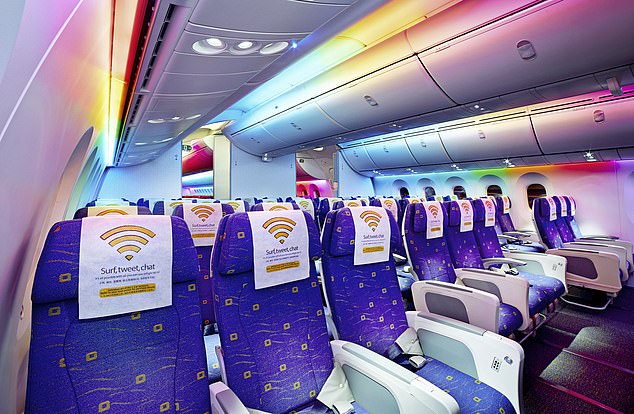 Pictured here is Scoot’s child-free ‘ScootinSilence’ section, where under-12s are banned. The low-cost airline has launched a Gatwick to Bangkok route

It isn’t the only airline that tries to help passengers that want to keep their distance from youngsters, though. Japan Airlines has a feature on its booking system that indicates which seats on the plane will be occupied by infants up to the age of two.

Scoot’s ScootinSilence section is sandwiched between economy and the plusher ScootPlus cabin, which offers reclining leather seats, meals, in-flight entertainment and 30kg of baggage, from £368.

Scoot said that it had received an ‘overwhelming response’ for the Gatwick to Bangkok route and that many of the flights up to January 8, 2022, are now fully booked. 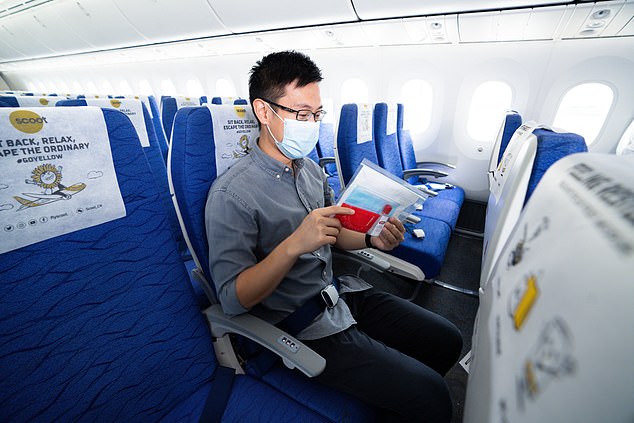 Scoot was named the World’s Best Long-Haul Low-Cost Airline by the Skytrax World Airline Awards 2021 , the ‘Oscars of Aviation’, and has a fleet of 50 aircraft

The airline said that it would be ramping up the service from late March 2022 to three scheduled flights a week.

The carrier was named the World’s Best Long-Haul Low-Cost Airline by the Skytrax World Airline Awards 2021, the ‘Oscars of Aviation’, and has a fleet of 50 aircraft.

Travellers wishing to use Scoot for a trip to Thailand will need to carefully check the travel rules beforehand. 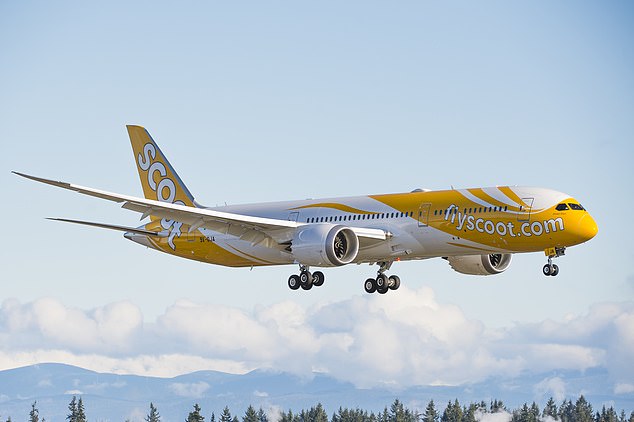 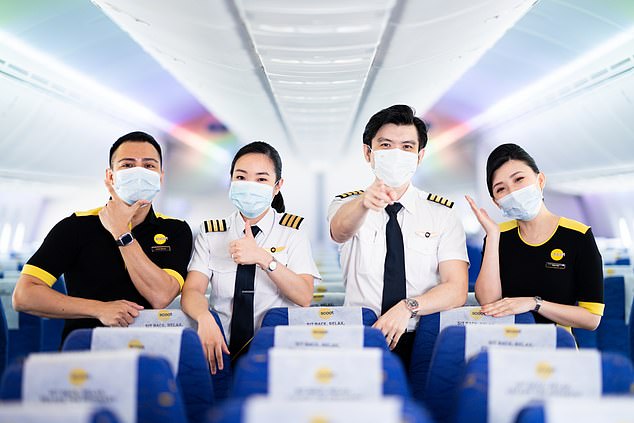 Scoot said that it had received an ‘overwhelming response’ for the Gatwick to Bangkok route and that many of the flights up to January 8, 2022, are now fully booked

Thailand has announced that it will reinstate its mandatory Covid-19 quarantine for foreign visitors and scrap a quarantine waiver from Tuesday due to concerns over the spread of the Omicron variant of the coronavirus.

The decision to halt Thailand’s ‘Test and Go’ waiver means visitors will have to undergo hotel quarantine, which ranges between seven to 10 days.

Meanwhile, a so-called ‘sandbox’ programme, which requires visitors to remain in a specific location but allows them free movement outside of their accommodation, will also be suspended in all places except for the tourist resort island of Phuket.

‘After December 21, there will be no new registrations for “Test and Go”, only quarantine or Phuket sandbox,’ said deputy government spokeswoman Rachada Dhanadirek.

The announcement came a day after Thailand reported the first case of local transmission of the Omicron variant.

It also came weeks after Thailand reopened to foreign visitors in November, ending nearly 18 months of strict entry policies that contributed to a collapse in tourism, a key industry and economic driver that drew 40million visitors in 2019.

About 200,000 visitors who had previously registered for the quarantine waiver and sandbox programme will still be eligible, said government spokesman Thanakorn Wangboonkongchana.

‘This is not to shut off tourists but to temporarily suspend arrivals,’ he said.

The decision will be reviewed on January 4, he added.

For more on Scoot visit www.flyscoot.com/en.