Britain’s best and worst seaside destinations for 2022 revealed in new Which? ranking, with ‘beautiful’ Bamburgh No.1 again (and Skegness bottom… again)

Britain’s best – and worst – seaside destinations for 2022 have been ranked in Which?’s annual survey, and it’s a tiny village in Northumberland that has taken the top spot once more.

The consumer champion asked thousands of holidaymakers to rate coastal resorts they have visited across a range of categories including quality of beaches, seafront, tourist attractions, food and drink, scenery, peace and quiet and value for money.

Bamburgh, with a population of a little over 400, tops the charts for the second year in a row with an overall destination score of 87 per cent, followed by second-place Llandudno, Wales, and Scotland’s St. Andrews in third place. Skegness and Bognor Regis, meanwhile, tie for last place. 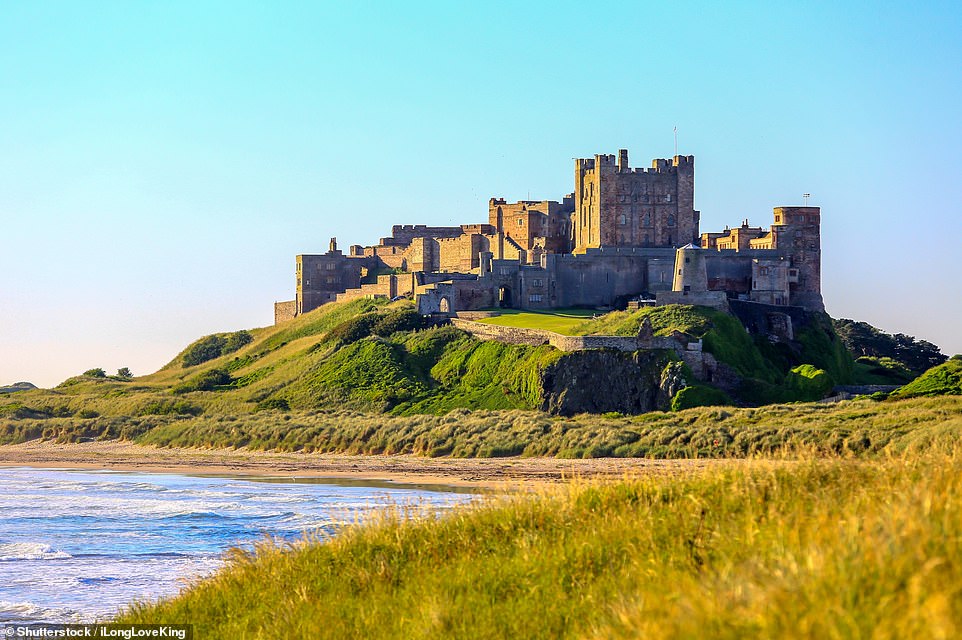 Bamburgh, with a population of a little over 400, has been named Britain’s best seaside destination in Which?’s annual survey. Above is the ‘imposing’ Bamburgh Castle overlooking the beach 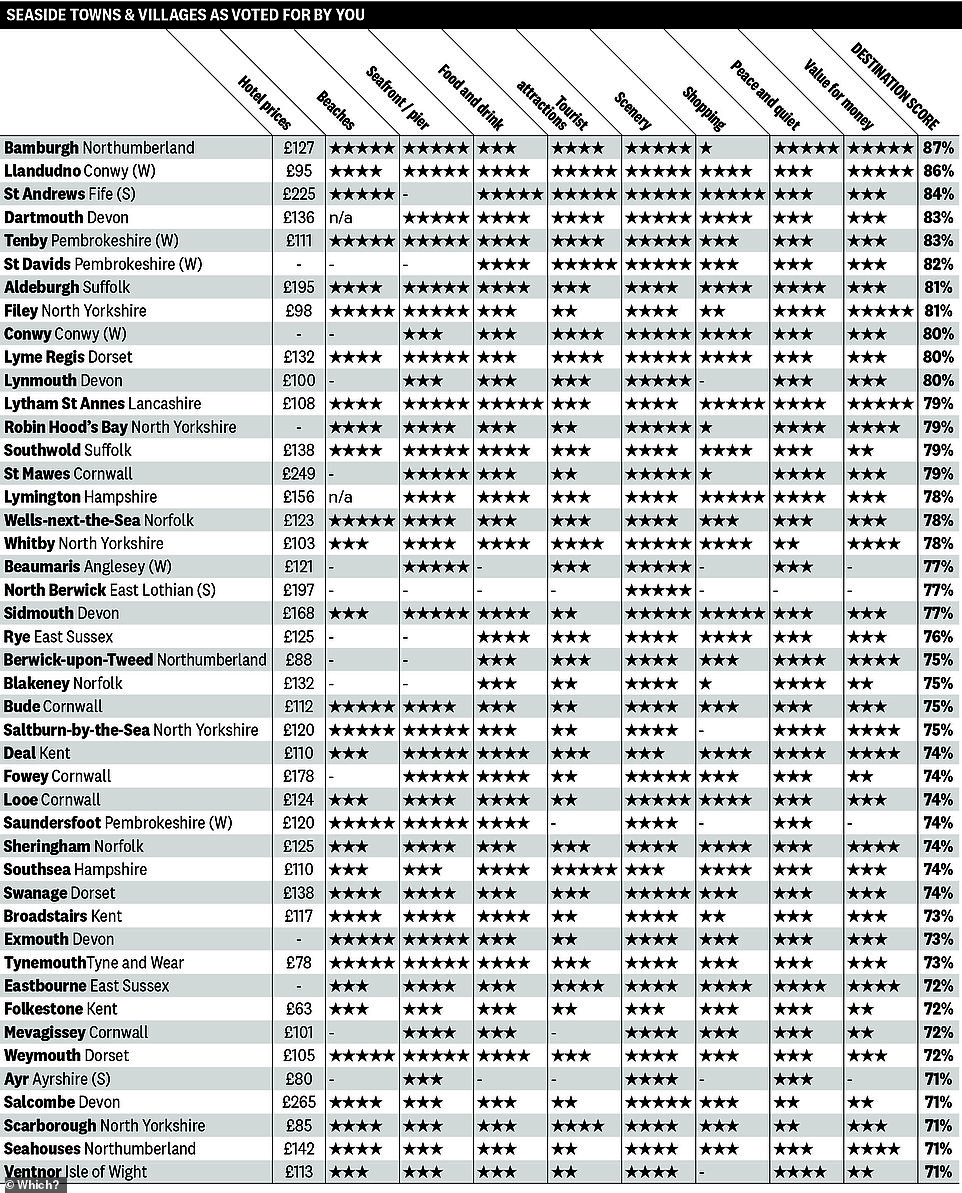 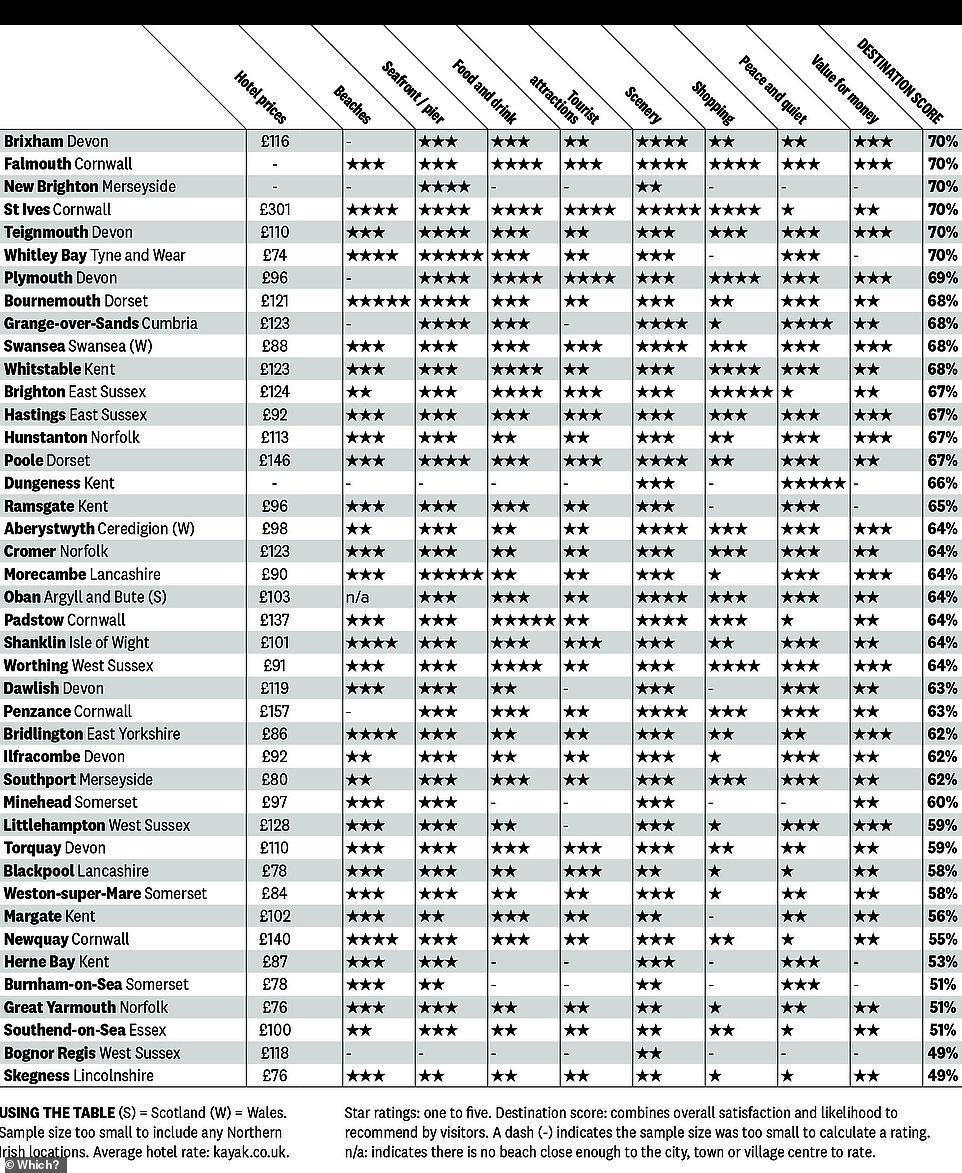 Tables by Which? show the ranking of coastal towns and villages across Britain. The consumer champion asked thousands of holidaymakers to rate coastal resorts they have visited across a range of categories

According to Which? first-place Bamburgh proves ‘unbeatable once again for its sheer beauty’, with its sweeping sandy beach overlooked by clifftop Bamburgh Castle described as ‘spectacular’ and ‘imposing’ by respondents.

Wales has three of the top six seaside towns, with second-place Llandudno earning a score of 86 per cent.

The town’s biggest draw is the Great Orme, a limestone headland which rises to nearly 700ft (213m) and boasts ‘incomparable’ views, according to Which?

It notes that active visitors enjoy lacing up their walking boots and hiking to the summit, while others opt to take the tram or open-sided cable car. 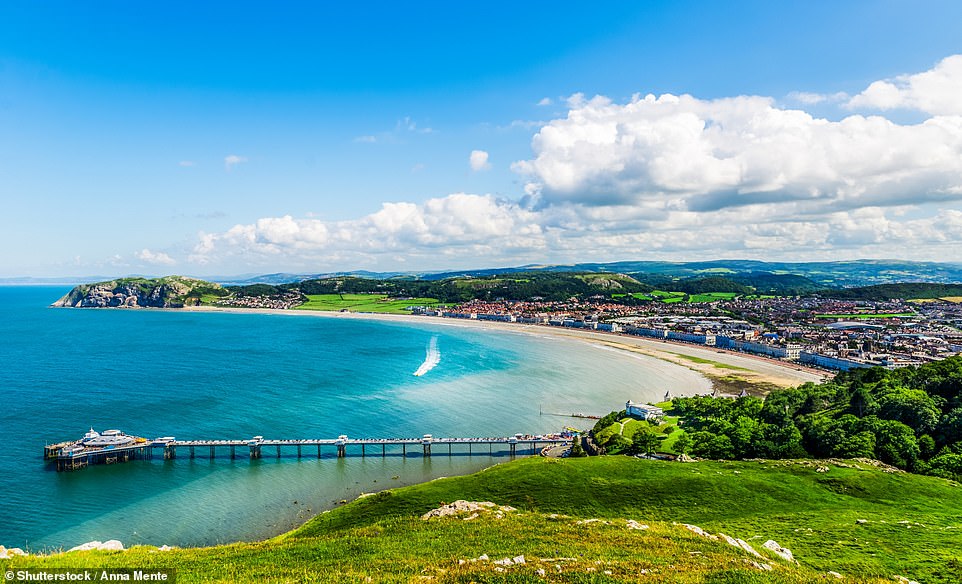 Wales has three of the top six seaside towns, with second-place Llandudno (pictured above) earning a score of 86 per cent 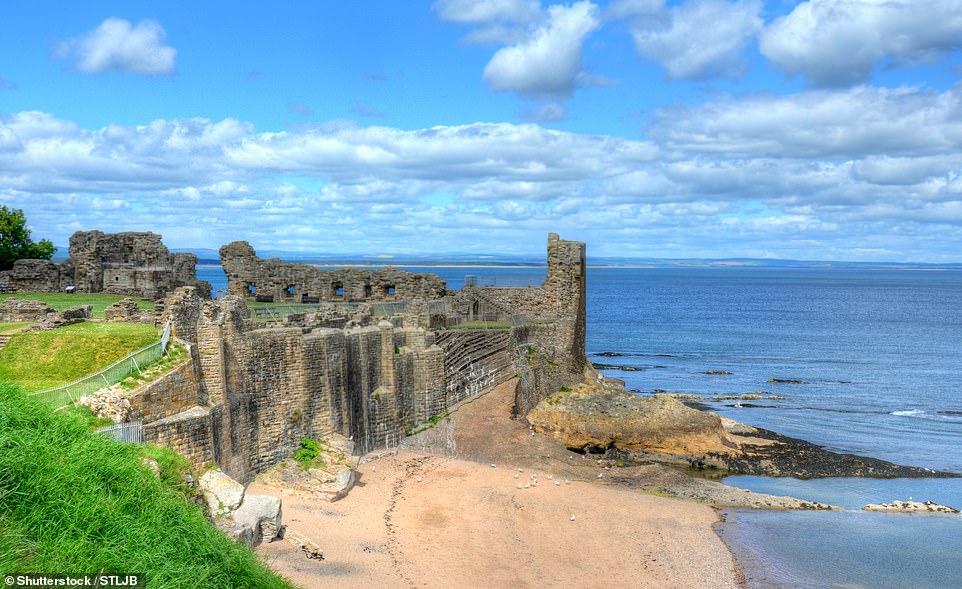 Third-place St Andrews is the highest-ranked Scottish seaside destination with an 84 per cent score. Above is St Andrews Castle

On top of that, Llandudno has twin West and North Shore beaches and reasonably priced hotels – £95 a night on average, proving that for popular locations there’s no need to break the bank, Which? notes.

Third-place St Andrews is the highest-ranked Scottish seaside destination in the survey of more than 4,300 travellers, with a score of 84 per cent.

The city heaves with history, hosting Scotland’s oldest university, a world-famous golf course and a network of medieval streets to explore, Which? points out. 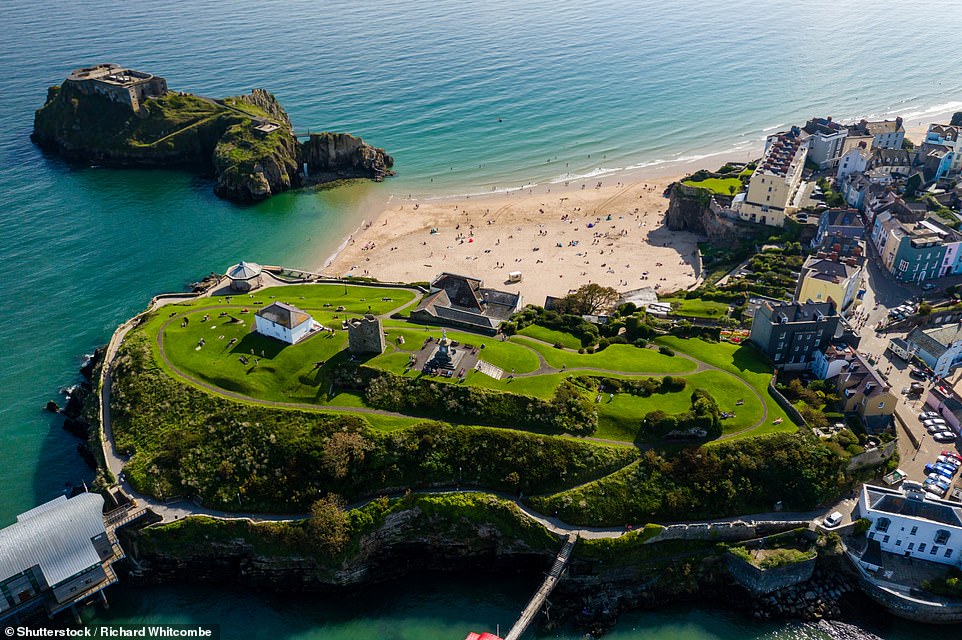 Tenby, which ties in fourth place, has a selection of five-star beaches, from the golden sweep of North Beach, peppered with rock pools and windbreaks, to Castle Beach (pictured) tucked into a cove

WHICH? REVEALS BUDGET-FRIENDLY SEASIDE RESORTS WITH HOTELS UNDER £100

It’s one of three places that score five stars for food and drink – alongside Padstow (64 per cent) and Lytham St Annes (79 per cent) – thanks to its variety of cafes and food shops. Visitors say that St Andrews ‘oozes golf’ while praising the university city’s ‘youthful vibe’, quaint streets and historical sites, a testament to its winning blend of sport, culture, sand and sea, according to Which?

In joint fourth place, it’s Devon’s Dartmouth and Tenby in Pembrokeshire, West Wales, with both earning scores of 83 per cent.

Which? says that Dartmouth has proven ‘it doesn’t need a sprawling beach to attract visitors to the water’ after scoring five stars in the seafront category.

As for Tenby, the consumer champion says that the town has a parade of pastel-coloured Georgian houses and a selection of five-star beaches, from the golden sweep of North Beach, peppered with rock pools and windbreaks, to Castle Beach tucked into a cove and the smaller Harbour Beach.

Commenting on Skegness – which also landed at the bottom of the table in 2021 – Which? says that despite its low ranking, holidaymakers do have highlights to share from their trips there.

Many recommend the Natureland seal sanctuary, with one visitor calling it ‘the sort of thing you expect to see on a David Attenborough programme’. Gibraltar Point nature reserve and a ‘very welcoming population’, nostalgic attractions and amusement rides for children make Skegness a ‘proper’ British seaside resort in the eyes of some respondents.

And Bognor Regis similarly receives praise from those surveyed. Which? reveals that visitors to Bognor Regis find a ‘charming’ town with the best climate on the south coast. Holidaymakers recommend visiting the peaceful Pagham Harbour nature reserve and Hotham Park – a ‘little gem’ – while the flat promenade is praised for being accommodating to visitors with limited mobility.

According to Which? the results shine a spotlight on the ‘sheer quality’ of Britain’s coastline: 51 destinations score an impressive 70 per cent overall or higher.

This includes Folkestone in Kent which is the cheapest seaside destination at £63 per night. Its destination score of 72 per cent makes it an appealing choice for travellers whose holiday budgets are tighter than usual this year due to the cost of living crisis, Which? reveals. 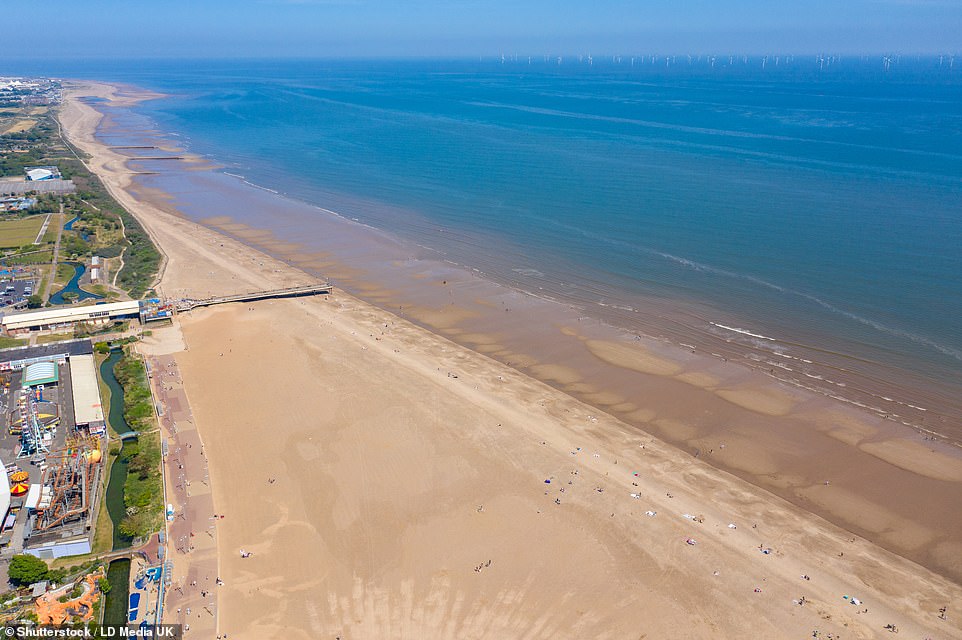 With a score of 49 per cent, Skegness finishes joint last. However, Which? says that despite its low ranking, holidaymakers do have highlights to share from their trips to the Lincolnshire town 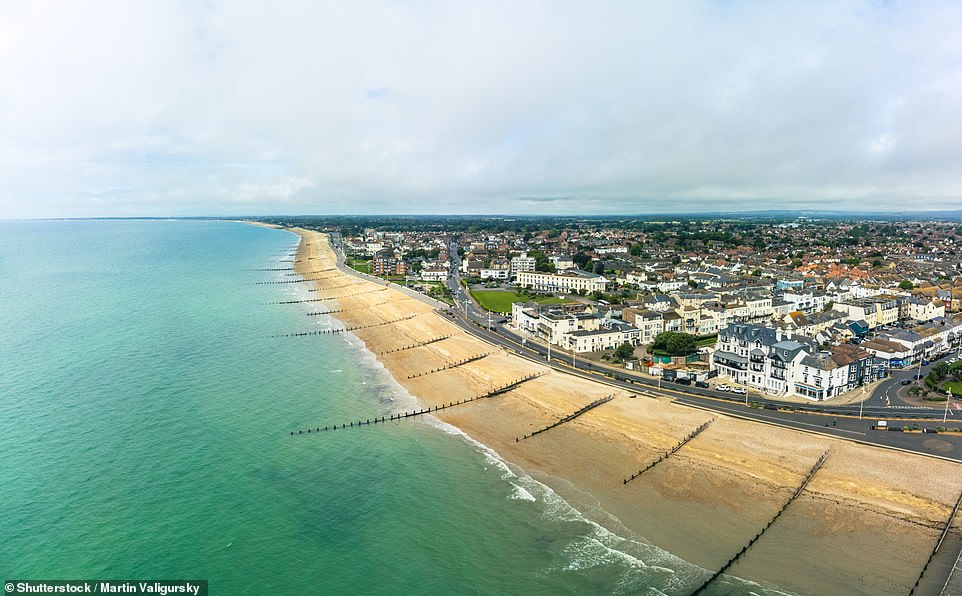 Which? reveals that visitors to Bognor Regis (pictured) find a ‘charming’ town with the best climate on the south coast. However, it finishes joint last overall 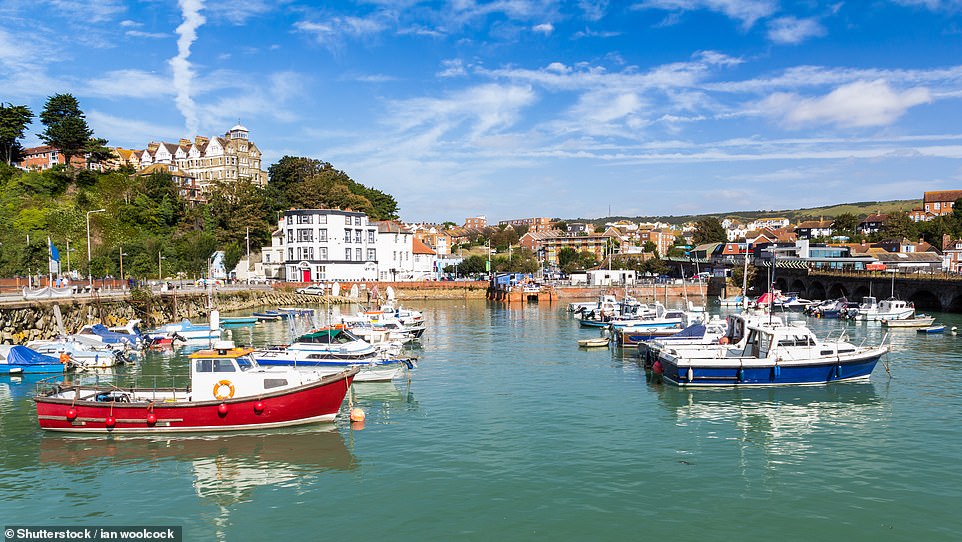 Above is the harbour in Folkestone, Kent, named the cheapest seaside destination overall at £63 per night

Rory Boland, Editor of Which? Travel, says: ‘The British seaside hasn’t boomed like this since the 1960s. Holidaymakers had such a fantastic time in their caravans, tents and beach lodges over the past two years that a coastal break on home shores is on the cards for many, even with restrictions on overseas travel lifted.

‘Prices for a UK stay have increased, but there’s no need to pay over the odds. For a holiday on a budget, it’s best to aim for an off-season trip. Head to one of the many well-priced resorts with your bucket and spade, an empty stomach for the candyfloss and a pile of 2p coins and go make your fortune on the slots.’

Which? explains that it only reported on the towns that achieved a minimum sample size, which ‘unfortunately, that meant no destinations from Northern Ireland are included’.

IN DEFENCE OF LOW-RANKING GREAT YARMOUTH AND WESTON-SUPER-MARE

By Rory Boland, Editor of Which? Travel

Both sit near the bottom of our table, alongside a string of other seaside resort towns such as Bognor and Skegness. Many of my childhood holidays were spent hunting for the sea across the mudflats of Weston or misspent in the arcades of Great Yarmouth. I loved them for all the reasons many people, myself included, still love them now. It’s a seaside break on a budget with cheap accommodation, and penny slots and candyfloss providing entertainment for pocket change.

But that’s not to ignore their problems. It’s no secret that big seaside resort towns have struggled with the decline of tourism. I know from my own recent visits that some feel rundown, a reflection of the lack of money and investment they’ve had for so long. While the one-star rating some towns received for peace and quiet and the comments some of you sent in reflects that the all-day drinking culture that’s boisterous to some, feels unsafe to many. This is reflected in their poor ratings in our survey.

There is hope. I have been to Clacton, Southend and Weston in recent years and things are on the up. A lick of new paint here, a renovated grand hotel there and the confidence that comes with an influx of new visitors during the pandemic.

The basics are certainly in place. Many resorts have some of the best stretches of beach in the country as well as theatres, arcades and mini funfairs for kids.

If you haven’t been to a British seaside resort in a while, it might be worth revisiting – pack your bucket and spade, an empty stomach for the candyfloss and a pile of 2p coins to make your fortune on the slots.