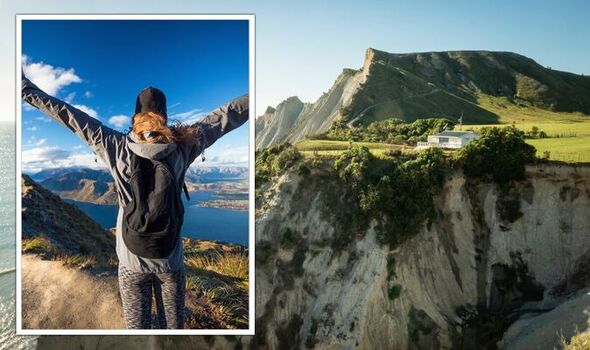 The Hipcamp Fresh Air Living Index found the country with the cleanest air in the world. The team also looked at the number of UNESCO sites, the level of air pollution and the quality of green spaces to compile the index.

New Zealand came out on top and is one of the best destinations in the world for outdoor enthusiasts.

“The country scored impressively well for the quality of its green parks and spaces, which of course goes with the territory.

“New Zealand’s air pollution is also low, it is considered healthy with little to no risk from exposure.”

New Zealand might be a long flight away for British travellers, but the island has plenty of attractions to make the journey worth it.

One of the highest rated attractions on Tripadvisor is the Wai-O-Tapu Thermal Wonderland, often called one of the world’s most “surreal” places.

A wonderland of geothermal activity, the Wai-O-Tapu thermal wonderland has been sculpted by thousands of years of nature.

A visitor wrote on Tripadvisor: “Absolutely fabulous, our first geothermal activity did not disappoint.

“The colours were amazing especially in the champagne pool and the yellow pool. Would highly recommend.”

Another added: “Best geyser in town! Beautiful geothermal park with the stunning Lady Knox geyser, it’s the best I have seen.”

Other top attractions include the SkyTower observation deck in Auckland and the Christchurch Botanic Gardens.

Many tourists like to attempt adventure activities in New Zealand, including white water rafting and paragliding.

If New Zealand is a little far away from the UK, nearby Norway was a close second on the list.

The country is a top winter destination and one of the best places in the world to see the Northern Lights.

However, Brits may find holidays to Norway are more expensive in future as the country is planning to introduce a tourist tax.

After fears of overtourism in some popular areas, such as the Lofoten islands, the country is hoping a tax would limit numbers.