An escape to where the moose run loose: Family ski holidays that offer LOTS of activities for non-skiers, from Austria to the Canadian Rockies

For families of avid skiers and for those who prefer exploring on foot, there are a host of mountain retreats offering activities away from their impressive slopes. Here is my pick of the best family mountain trips to take in the coming months.

For less than £1,000, you can enjoy a week at Banff in Alberta’s Canadian Rockies.

The deal offers the chance to ski the Big Three resorts – Lake Louise, Banff’s Sunshine Village and Mount Norquay – on a tri-area pass. You can also explore the national park and Banff town, with its free-roaming moose, and see some of the world’s most impressive rock formations.

Seven nights for a room-only, four-person family suite at the Banff Inn Hotel, starting on February 26, costs £945pp, with flights and transfers from Heathrow (igluski.com). 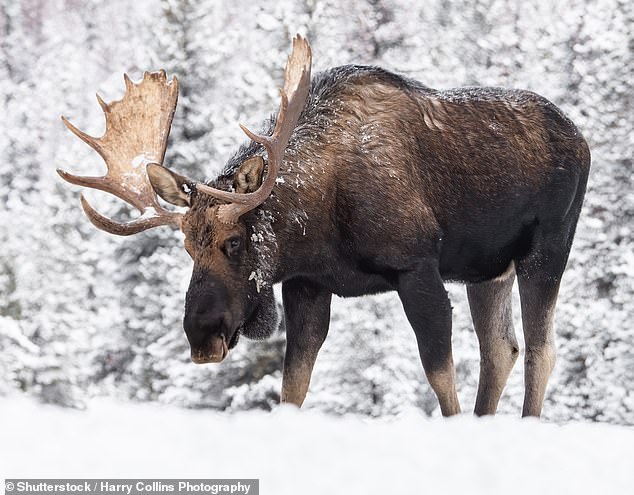 For less than £1,000, you can enjoy a week at Banff in Alberta’s Canadian Rockies, where moose roam freely

Colourful Innsbruck, with the Nordkette mountains as its backdrop, is perfect for families of skiers and for those who prefer to avoid the slopes.

You can explore the Imperial Palace and gardens, the mesmerising Golden Roof and the markets and shops in the charming city – or take cable-cars to the summits. If you’re the skier in the family, use Austria’s unique Ski Plus City Pass, which allows transport to 13 nearby ski resorts, including the Stubai glacier. 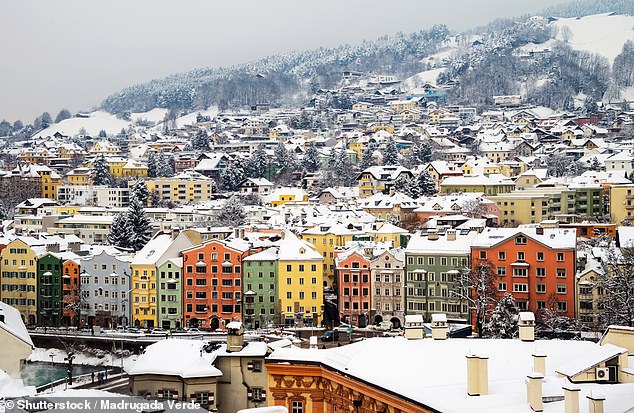 Colourful Innsbruck, with the Nordkette mountains as its backdrop, is perfect for families of skiers and for those who prefer to avoid the slopes

If you have youngsters, Archy Events can take the stress out of your ski holiday. The children’s events company provides five mornings of ski school with English-speaking Italian instructors at the family-friendly resort of Courmayeur in Aosta.

Children are then given lunch, followed by fun-packed afternoons – with everything from igloo-making to T-shirt tie-dying and a talent show. Adults can join in, or ski in the knowledge that their offspring are safe and happy.

Seven nights’ half-board in a family suite at the four-star Hotel Pavillon, starting on March 25, costs £898 per adult, £598 per child, and includes airport transfers. Five days’ Archy Events Holiday Club costs from £685 per child. Flights to Geneva or Turin are extra (momentumski.com).