The Inspector calls at Eastbourne’s Scandi-chic Port Hotel, where he pays £200 for a sea-view room that has ‘the feel of a spruced-up 1970s bed-sit’ 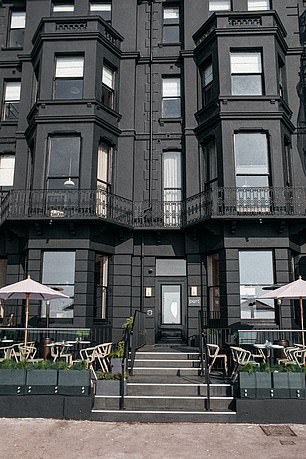 The opening of Port Hotel is cited as further evidence of Eastbourne’s renaissance, following on the artistic heels of the upgraded Towner gallery.

Some have gone as far as calling Eastbourne the new Brighton, but after walking from the station past boarded-up guest houses, charity shops and down-trodden takeaways, that seems optimistic.

Not everyone was too keen on Port’s arrival, mainly due to the owner painting the outside black rather than the white and cream usual on the seafront.

But it’s here — and busy on a damp Tuesday night. The downstairs, with its cork flooring, pink walls and Scandi décor, is given over to a bar/restaurant. It’s informal and fairly priced, albeit not the sort of place for a big night out.

Upstairs, there are 19 rooms, of which five, including mine, look out across the pebbly beach towards the pier. Room Six is big, with high ceilings, and a free-standing bath in front of one window. A separate loo and shower cubicle have been cut into the room, giving it the feel of a spruced-up 1970s bedsit.

One bedside light hangs from the ceiling and there’s a turntable with some vinyl records provided.

The owner is a property developer — and it shows. A hotelier would realise that a free-standing bath without anywhere to put soap or shampoo is infuriating. I place a chair by the bath for this purpose. My room (no breakfast included) costs £200 (£180 if paid in advance). For that sort of money I would expect the person behind the bar to know what I mean by Campari. 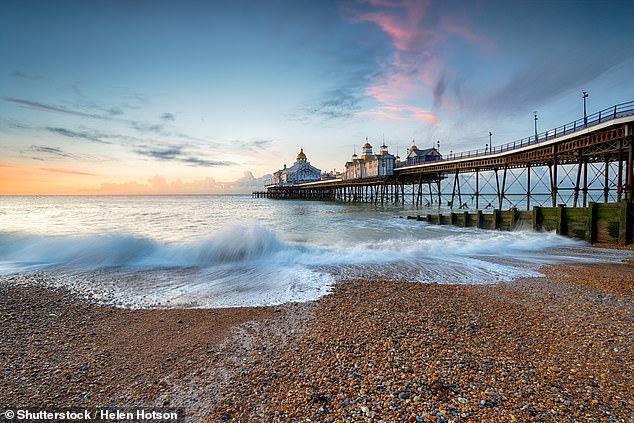 The Inspector’s room looked out across Eastbourne’s pebbly beach

She looks at me as if I’m talking a different language. Thankfully, her colleague comes to the rescue.

I order the whipped salt cod — but it’s so salty I manage only two scoops. The roast cod with cannellini beans main course is a marked improvement.

I wake to a grey morning. Even so, the sea is mesmerising in its melancholic way. I order two soft-boiled eggs at breakfast but two poached eggs turn up. It doesn’t matter, but things will need to tighten up if ever Eastbourne does become the new Brighton.