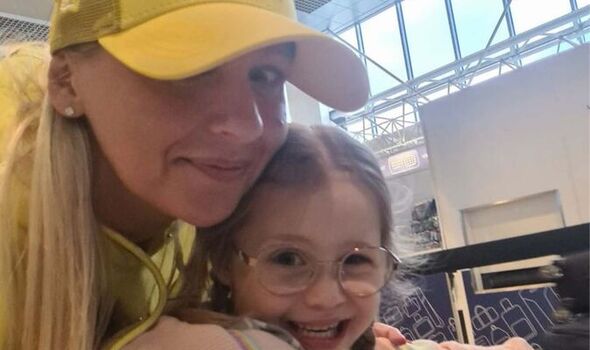 Kim McManus, 40, from Widnes, was due to fly out to Turkey on Friday for her daughter’s first ever holiday abroad when their flight was cancelled – as they stood in the queue for the plane. They were told it was due to overbooking. Less than an hour later, the mum-of-one received a text from the travel company, Tui, saying that their whole package holiday had also been cancelled.

Kim said she was left “so shocked” by the incident and that her daughter, called Autumn, “broke down sobbing” once she heard the news. Kim didn’t tell her daughter that the whole holiday had been cancelled and said she spent a sleepless night dreading how to break the news in the morning.

Kim told the ECHO: “We had to get there early because of traffic issues, and then the flight was delayed by about five hours. We were all queueing up to get on the plane when they came around to everybody and said that the flight had been overbooked by 13 people.

“Six people hadn’t shown up so they were now seven people too many. They were asking people to volunteer to not fly but without the guarantee of another flight at all in the next week.

“Nobody was going to take that so we waited for another hour and then they came over the tannoy and said that the cabin crew have now gone over their allotted hours and therefore the flight would now be cancelled.

“I was so shocked. It’s my first holiday in seven years and it’s my little girl’s first holiday ever. She just broke down sobbing, saying ‘please mummy please you said there was only one more sleep’.

“She was just absolutely devastated.

“Then they said that we should all go home or to a hotel and they would message us the details of our new flight the next morning. I left the airport and went home, but within an hour they’d sent everybody a text message saying that your flight has now been cancelled and if you’ve booked a package holiday then your holiday has now been cancelled too.

“After I got that message I was so shaken up I couldn’t believe it. I was thinking that they can’t do this, they can’t just cancel my whole holiday because they’ve messed up a flight, especially when we hadn’t seen a representative from Tui the whole time.

“As soon as I got home I put Autumn to bed. I couldn’t sleep and just dreaded waking up in the morning and having to tell her that the whole trip was cancelled.

“I still haven’t got an answer for my little girl. I don’t know why they cancelled it, it was so cruel. It broke my heart, I was crying to my own mum.”

A spokesperson for Tui said: “We would like to apologise for the inconvenience to our customers on flight TOM856 from Manchester to Antalya, on Friday 27th May who were delayed to a combination of factors causing significant operational disruption.

“Unfortunately, we felt the impact to customers holiday was too great and took the difficult decision to cancel the flight. We contacted affected customers as soon as we became aware of the change and all customers will receive a full refund within 14 days.

“We understand how disappointing and frustrating this is and we do apologise for any inconvenience caused.