Flight attendant explains how to properly pack a bag

Who better to give travel advice than a flight attendant? Even the most seasoned travellers will not have the same inside scoop.

New York based flight attendant Stella took to her YouTube channel, Fly With Stella, to share the travel “secrets” passengers do not know.

These are important to keep in mind for your next flight, be it long or short haul.

Stella revealed that there is one item she “wouldn’t step on to a two hour flight without” – noise cancelling headphones.

She explained: “It really just blocks everything out and just lets you focus on whatever you’re watching. 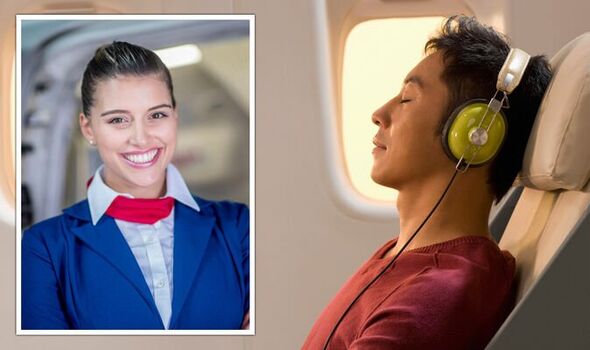 “You can really get into the movie if you have no other distractions – if you have your noise cancelling headphones…you’re going to be set.”

On an aeroplane, it’s pretty difficult to escape a loud passenger – whether it’s a snorer, chatter or a baby who won’t stop crying.

Using noise cancelling headphones to get lost in a film, music, or even just some nice silence will help the journey fly by.

This led Stella onto her next tip, that passengers should bring their own entertainment onboard.

Although there is a little screen with things to watch, the insider encouraged that flyers do not totally rely on this.

Upon landing, the engineers can come and fix the entertainment screens, however, this can leave an unprepared passenger very bored in the meantime.

During a passenger’s entertainment of choice, they might want to enjoy a very specific type of snack, so Stella recommended they bring their own. 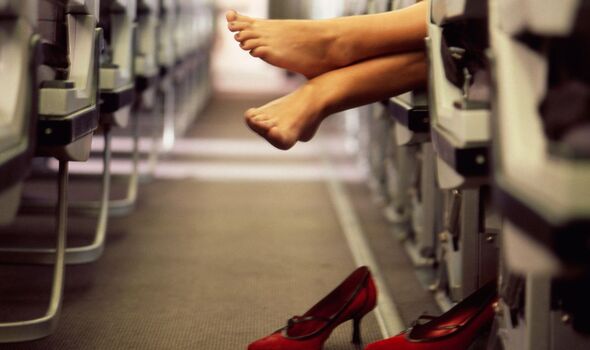 She stated: “Recently I flew a carrier that I have never flown before and I didn’t like any of the food.”

She explained that by the time she arrived at her destination she was “famished”.

Having a source of food – even if it’s just a little – may be particularly crucial for those with specific dietary requirements.

Stella explained that aeroplanes even sometimes run out of the vegetarian option.

Stella’s next tip was about using aeroplane bathrooms and what to avoid at all costs.

The flight attendant told customers to make sure they are covering their feet at all costs, as they don’t always know what’s lurking on the floor.

She told flyers: “Bring a pair of slip-on shoes or sandals, or anything where if you’re walking around the aircraft you have something on your feet.”

There may be food on the floor, not to mention possibly the odd piece of glass, according to Stella, although flight attendants will obviously try their hardest to clean it up.