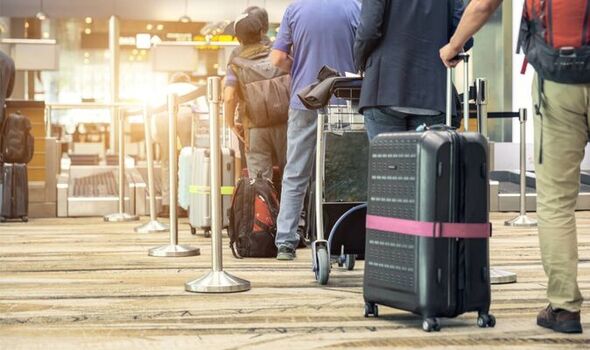 Gatwick is also trying to increase awareness about placing liquids in a clear bag, separate from hand luggage, to reduce delays at security. Chief operating officer Adrian Witherow said: “With passenger numbers rapidly returning to 2019 levels, we expect to be busy, particularly at peak times such as weekends and the forthcoming school summer holidays.”

“We are doing everything possible to make the airport process as smooth as possible, including recruiting and training hundreds of new security staff, many of whom have already started or will be in coming weeks.”

“It’s also important, however, that we do what we can to help passengers prepare for security before reaching the trays.”

“We understand many already do this, but, by publishing the list of top items that are currently being forgotten, we hope to get even more people through airport security quickly, so they can go on and relax ahead of their flight, enjoy a drink or sit down for a meal.”

The announcement comes amid an air travel crisis which has seen thousands of flights cancelled and many passengers forced to wait for several hours in long queues at airports.

However, the Telegraph reported that it has seen a letter from Mark Powell, Heathrow’s director of operational planning, which said a cap of 1,200 aircraft arriving and departing per day could last until October 29.

Many passengers flying to and from the Heathrow have suffered severe disruption in recent months, with long security queues and baggage system breakdowns.

Staffing for ground handling teams at Heathrow are only at 70% of pre-pandemic levels, whereas passenger numbers are at 80%-85%.

EasyJet announced this week that it has recruited 350 new customer service staff and is opening a new call centre in Milan to help ease delays.

The airline will also be stationing head office staff in UK airports to provide additional support to passengers, and has introduced new interactive signage in airports.

It will also allow customers travelling on early-morning flights to drop hold baggage off the evening before they travel.