Great British boltholes: Billesley Manor in Warwickshire is a romantic cosy retreat… just as the Bard liked it

Billesley Manor has had many lives since William Shakespeare stayed here. Its most recent facelift last year saw £5.6 million lavished on the four-star hotel near Alcester – the place is now stuffed with velvet seating and quirky art, although its rich history still seeps from every corner.

The higgledy-piggledy interior is all part of the romantic appeal. Make your way through an oak-scented maze of passageways and if you are lucky enough to check in to the Shakespeare Suite (room four), you’ll find an original priest hole above the fireplace.

The former library has been renamed the As You Like It Lounge and its writing desk marks the spot where the Bard wrote his famous comedy more than 400 years ago. 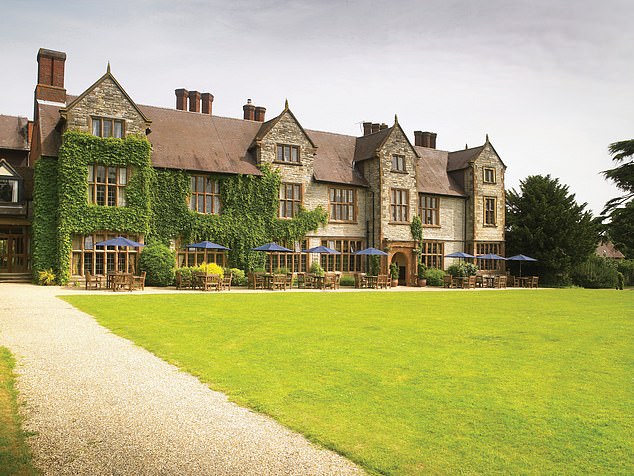 Full of romance: Billesley Manor is where William Shakespeare is said to have put pen to paper

Historians also believe he married Anne Hathaway in the tiny All Saints Church in the grounds – guests can take the key and look around it.

The church and manor house are the only remains of the original hamlet of Billesley, which was wiped off the map by the Black Death in the 1300s.

There is a more formal feel in the Stuart restaurant, with its enormous fireplace, chandeliers and 16th Century oak panelling, and that’s in keeping with the cuisine: think apricot and chicken terrine, pan-fried Gressingham duck, and confit-drizzled Herefordshire beef. There is an impressive wine cellar here too.

Over-indulgences can be offset with strolls through the 11 acres of grounds and the impressive Victorian Alice In Wonderland-themed topiary gardens, or to the church with its 12th Century stone carvings, where weddings and blessings can still be conducted. 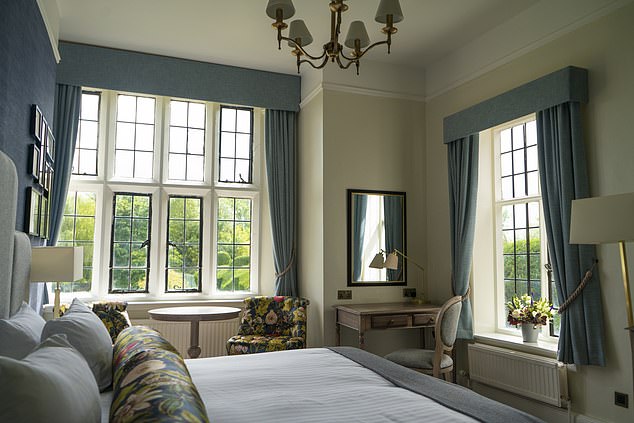 That’s why if you are seeking a perfect spot for a cosy weekend for two or a family celebration (private dining is a draw), this makes for an ideal retreat.

There are plenty of quiet corners in which to relax, or you can swim in the indoor pool or thrash your partner on the tennis court. However you want to spend your time, you can do it… as you like it.

The food: Seasonal and prettily presented. At dinner, one guest hailed ‘the best black pudding of my life’. Afternoon tea on the terrace is a must.

The USP: Its history and romance. Where else can you pen postcards from the spot where Shakespeare wrote his 20th play in 1599?

The rooms: Richly dressed, with wood panels, soft carpets and on-trend headboards. There is no lift, so it is best to flag up preferences or mobility issues when booking one of the 71 rooms.