LAKE BUENA VISTA, Fla. — Want to try some space tourism, but don’t have the scratch for an Elon Musk Space X rocket launch? The newly opened Space 220 restaurant may be just the thing for a would-be astronaut on a budget.

Located in the futuristic World Discovery section of Epcot, next to the Mission: Space ride, Space 220 is meant to simulate a dining venue at the end of a hypothetical elevator that extends 220 miles above Earth’s atmosphere.

Disney spokesman Seth Rose said the company consulted with NASA engineers about what such an elevator might look like before creating a video projection that gives diners the impression they’re riding such a platform.

“It’s an immersive experience,” Rose said. “Fortunately, there’s a lot going on with space tourism and we think this is what space tourism might look like in the future.”

I got a chance to try the restaurant on preview trip for Walt Disney World’s 50th anniversary celebrations, which kick off Oct 1. 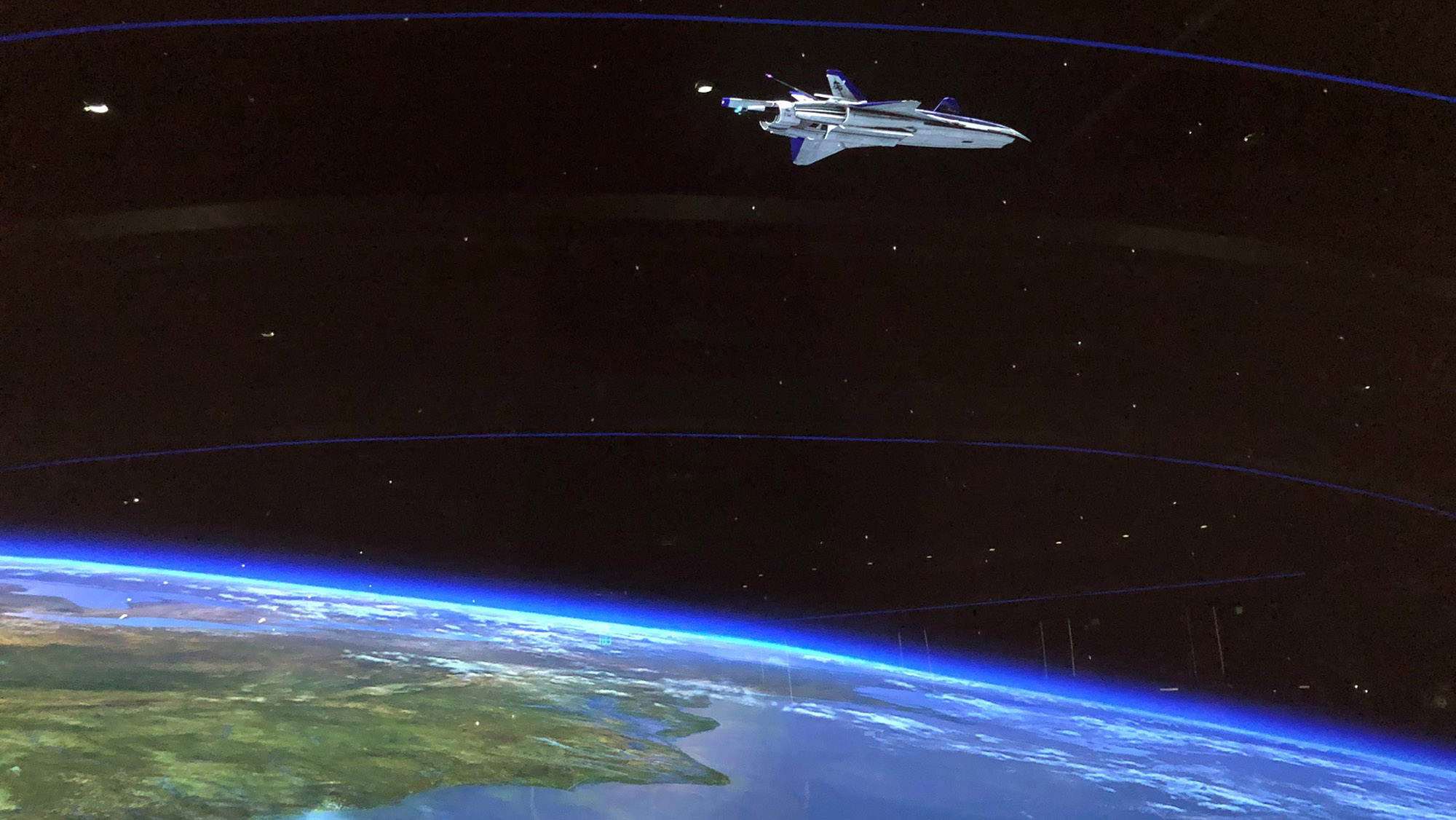 To reach the Space 220 dining area, diners board a “Stellevator” in a circular room with a capacity of about six to eight people. There are portals in the floor and ceiling and after the doors close, the projections show the elevator capsule rapidly ascending.

Below, the state of Florida comes into focus. Above, there’s a space station-like vehicle gradually getting bigger. In less than a minute, the 220-mile journey is complete.

Diners emerge into a futuristic corridor and pass the Grow Zone, a large, slowly-rotating cylinder planted with “space greens” such as lettuce and cabbage. They proceed into a large dining room, roughly semi-circular, with about 350 seats and 11 large rectangular windows through which the curve of the Earth’s horizon can be seen.

It’s a nice illusion, augmented by passing projections of random space vehicles and a space walker in an astronaut’s suit. Rose said that around the time of sunset, the projections change from day to night views of the earth. Lights flicker on across the Eastern seaboard. “The Imagineers curated the whole show for us,” he said.

The background music in the restaurant is a kind of “Hearts of Space” new age electronic sound that helps set the mood. But the theming only goes so far. There are no Barbarella costumes for the wait staff, for example, and the menu looks relatively terrestrial. 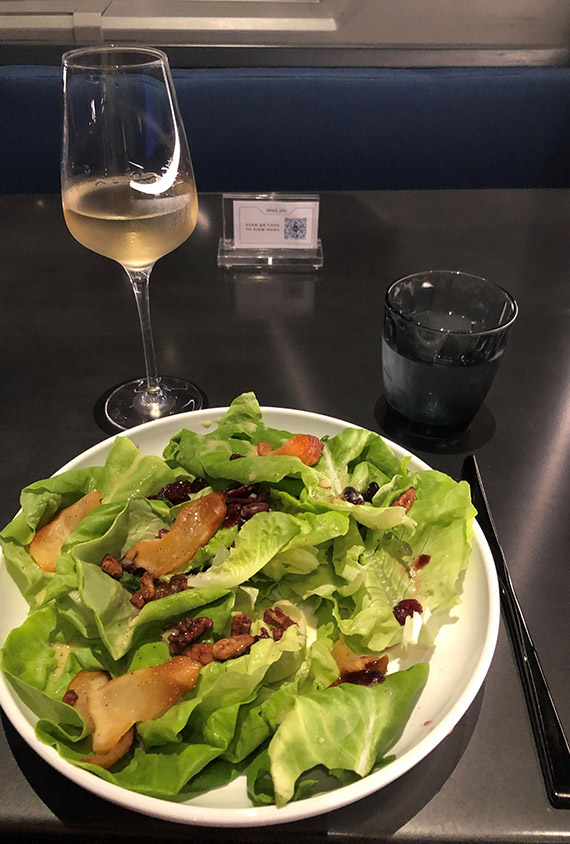 The food at 220 Space, provided by Patina Restaurant Group/Delaware North, might be described as midscale fine dining. I was there for the two-course prix fixe lunch ($55), and there is also a three-course prix fixe dinner ($79).

I naturally tried some of the space greens for my “Lift Off” appetizer, a salad of bibb lettuce, cranberries, roasted pears and spiced pecans. The “Star Course” includes a choice of two seafood entrees, a burger, steak, two pasta dishes and chicken. I kept it simple with the chicken and it was satisfying and tasty.

Dinner adds a dessert course. There is also a bar offering suborbital concoctions such as a “Stargarita” and a “Planetary Punch” served over dry ice.

Junior space rangers ages 9 and under can choose from a kids menu ($29) at both lunch and dinner.

While not an E ticket experience, Space 220 provides something other than a quick dining option in a part of Epcot that is a long walk from the park’s best upscale food in the World Showcase section. For space tourism on the cheap, it can’t be beat.