Prince William and the Princess of Wales chose to enjoy a private summer staycation in 2022. The gorgeous spot would also be perfect for an autumn break.

Before the family relocated to the Royal Windsor estate last September, William and Kate chose to take their children on a British staycation.

The young family visited the stunning Isles of Scilly, off the coast of Cornwall, for a relaxing break in July.

They chose to stay on Tresco, the second biggest of the islands which is part of the Duchy of Cornwall estate.

The family are thought to have stayed in Dolphin House, a large rectory with spectacular views. 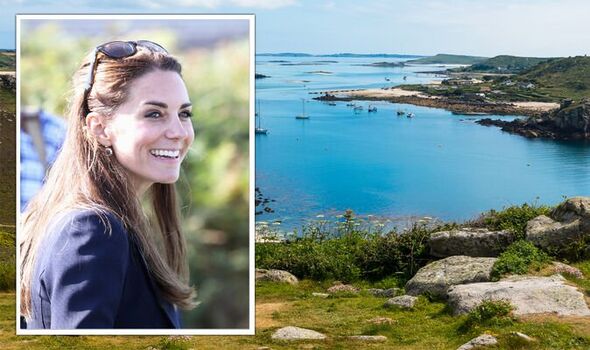 Prince William visited the island as a child, holidaying there with his mother, father and Prince Harry in 1989.

He returned to the island in 2016 with his wife on an official visit to St Martin’s and Tresco.

The late Queen and Duke of Edinburgh also visited the Isles in 2011 and enjoyed a lunchtime reception at Tregarthon’s Hotel.

The pair had previously visited the archipelago on the royal yacht Britannia and toured St Mary’s.

“The Isles of Scilly lie just off the coast of Cornwall but are a world apart in every way. A natural wonder, like a cluster of precious ocean jewels, where nature thrives and the soul is inspired.

“Everything looks and feels quite different on Scilly, simpler, kinder, more innocent. Life moves at an easier pace.
“Join us for the purest of island escapes.” 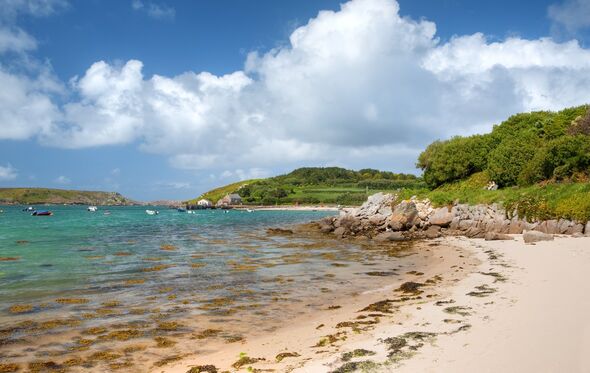 While the Duke and Duchess of Cambridge reportedly got to Tresco via helicopter, tourists can also the ferry.

The Scillonian Ferry can be caught from Penzance to St Mary’s where tourists can get a short boat transfer to Tresco.

The small island has a few restaurants ranging from a traditional inn to a seafood crab shack.

The Tresco Abbey Garden is home to 20,000 plants from over 80 countries and explodes with vibrant autumn colours at this time of year.

According to research from family holiday rental company, Vrbo, Cornwall was one of the most desired locations for an autumn break in 2022.

The Isles of Scilly are one of the best places in the UK to spot seals and autumn is breeding season.

Tourists can take a boat trip to view the seals in their natural habitat and spot migratory birds.

The islands’ Dark Skies week takes place from October 1-8 and tourists can expect to see skies full of stars.