Like a tipple after take-off? Many airlines are resuming in-flight meals and alcohol service (and here we reveal how to save money on beverages at 38,000ft)

For those among us who like a tipple after take-off, consider this a sign that the world is healing: Many airlines are resuming in-flight meals and alcohol service.

Early on in the pandemic, many airlines completely cut in-flight refreshment offerings (aside from perhaps a hasty water bottle delivery). Slowly but surely, airlines are reintroducing the amenity.

For example, in 2020, America’s Southwest Airlines cut service completely on short flights and offered only water and a prepackaged snack on longer flights. In 2021, Southwest reintroduced a small selection of nonalcoholic drinks to all flights. 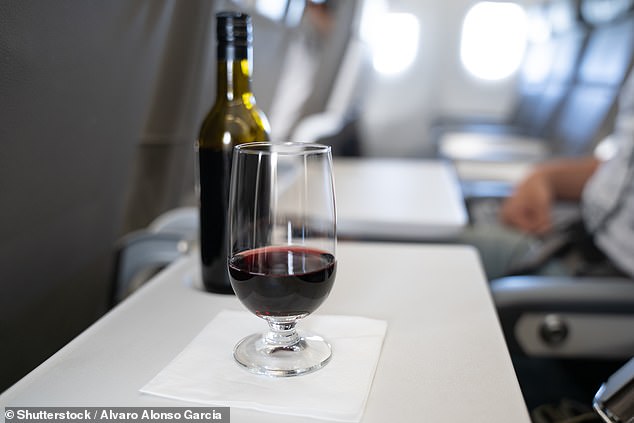 For those among us who like a tipple after take-off, consider this a sign that the world is healing: Many airlines are resuming in-flight meals and alcohol service

It wasn’t until February 2022 that its complete pre-pandemic beverage menu returned, which included more soda and juice choices – plus alcoholic beverages for an additional cost.

Other airlines moved a bit more quickly. By July 2020, Delta Air Lines was offering beer cans and single-serve wine bottles. It wasn’t until March 2022 that it brought back hot meals for its Delta One and first-class customers on some flights.

Why did in-flight alcohol get the axe?

It’s hard to peg just one reason why alcohol and hot meals disappeared on flights during the Covid-19 era. For some, it eliminated unnecessary lingering in the aisles while flight attendants took everyone’s orders.

Others point to unprecedented rates of unruly passenger reports as the reason to remove alcohol in particular. In 2021, the Federal Aviation Administration initiated 1,099 investigations around unruly passengers.

While it’s unclear how many of those cases involved alcohol (or how many more there might be if alcohol was accessible), flight attendants suggest a correlation. 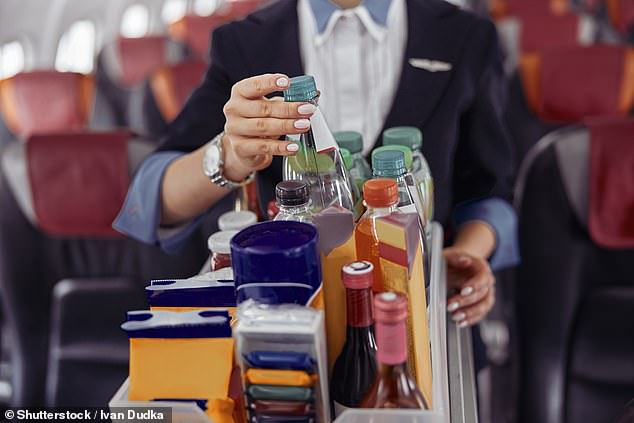 An online survey of 5,000 flight attendants in summer 2021 by the Association of Flight Attendants-CWA, a union, showed that mask compliance and alcohol were among the most common factors in unruly passenger interactions. Additionally, 17 per cent of respondents reported experiencing at least one physical incident with a passenger.

Some suspect the reason in-flight beverages got the boot comes down to money. Airlines had sought to cut costs by culling refreshments long before the pandemic.

For instance, Frontier Airlines discontinued serving warm, gooey cookies on its flights back in 2012, stating that fresh cookie service ‘does not align with either the perception or financial reality of the ultra-low-cost business model’, according to a memo obtained by the Milwaukee Journal Sentinel. Today, refreshments are available on Frontier flights for purchase, but there are no freebies.

These days, travellers say that while service has largely returned, it’s still been significantly reduced.

‘Pre-Covid, United Airlines would always offer a drink before take-off, and flight attendants would continue to offer drinks during the flight,’ says David Decker, an insurance executive and United Million Miler member.

How to save money on in-flight beverages 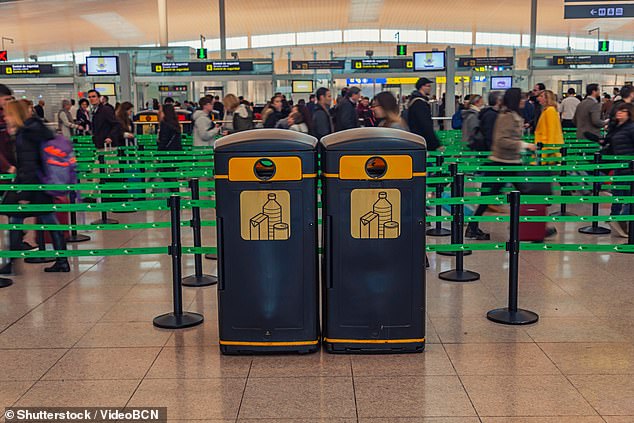 If you want to save money on in-flight refreshments, then the typical advice of ‘pack your own snacks’ likely won’t apply on airplanes. In America, you can’t bring liquids greater than 100ml (3.4 ounces) through the Transportation Security Administration (TSA) checkpoint, so unless you’re drinking a straight espresso shot, there aren’t a lot of beverage options you’ll be allowed to get past security.

You can’t sneak through your own small stashes of liquor, either – FAA regulations prohibit passengers from drinking alcohol on the aircraft unless it’s served by a flight attendant.

These days, unless you’re flying a budget airline, you’ll likely no longer have to spend £5 ($6) on a soda in the airport terminal just to satisfy your carbonation cravings. If you can wait until after take-off, you could get it all as part of the cost of your airfare.

And as far as adult beverages go, here are additional ways to save…

Some airlines offer coupons for in-flight snacks and drinks to loyal customers. And though they tend to have expiration dates, many of those have been extended. For example, Southwest drink coupons that were set to expire in 2020 or 2021 (and can be redeemed for an alcoholic beverage) now don’t expire until December 31, 2022. 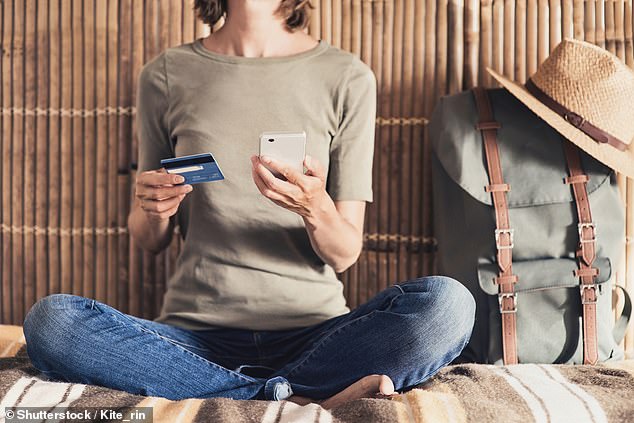 Many premium travel credit cards offer statement credits toward incidental airline fees. These fees are additional qualifying charges from your preferred airline beyond the actual airfare. What’s considered a qualifying purchase can vary by credit card issuer, but they typically include checked bags, seat upgrades and – yes – in-flight refreshments.

Premium cabins typically aren’t cheap if you’re paying a cash fare, but you might be able to finagle your way to an upgrade. There are a few tricks to getting a free upgrade on your flight, such as through holding airline elite status.

Early on in the pandemic, chasing elite status might not have been a smart money move given that many were travelling less and that perks were reduced. But while earning airline elite status is not exactly a walk in the park, it might be worth it these days if you travel often and fully use the benefits (like actually consuming in-flight alcohol).