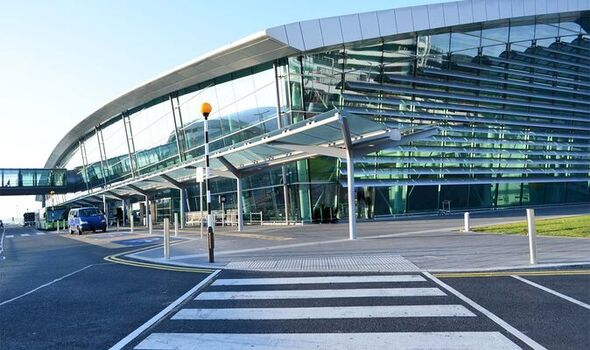 Airport police stepped in after the fight started at Dublin Airport in front of shocked travellers, with two men embroiled in a dispute. Another person joined in before paramedics treated those injured.

An eyewitness said one man was “pumping blood” on the ground. The Irish Mirror reports one man was taken to Beaumont Hospital while another, in his 20s, was arrested.

In footage seen by the Irish Mirror, two men appeared to have been exchanging blows in the airport as other passengers looked on aghast. A third man was then seen joining in and doling out punches, knocking one of the men to the ground. Towards the end of the video, screams are heard as the fallen man is kicked in the head until he is unconscious.

A number of people then drag him away from the others.

The horrifying incident went on for at least two minutes and 10 seconds.

Three flights departing the airport were delayed, but it is unclear if this is related to the incident.

A Dublin Airport Authority spokesman said: “We can confirm that an incident occurred at Dublin Airport this evening which was attended by An Garda Siochana.

“As this incident is subject to a police investigation, we are unable to comment further at this time.”

A Gardaí spokesman said: “Gardaí, with the assistance of the DAA Airport Police responded to a public order incident at Dublin Airport earlier this evening, 24th May 2022.

“One man has since been taken to Beaumont Hospital where he is receiving treatment. One man (20s) was arrested and is currently detained at Swords Garda station.”

The spokesman added that “investigations [are] ongoing.”