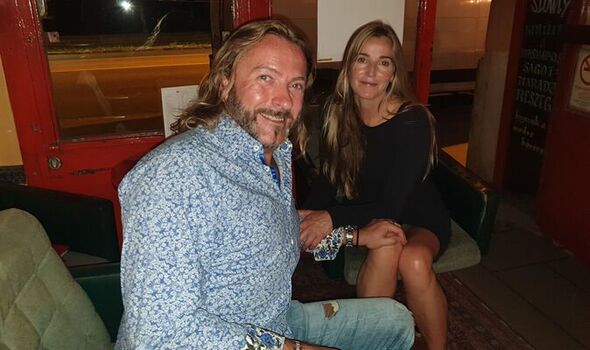 Alex and Willow Rymer were supposed to jet off from Manchester Airport to Cape Verde when TUI staff pulled them aside at the departure gate to tell them the plane was too full. The couple were two of 26 people booted off the flight 25-minutes before its departure.

Arranging time to go away is particularly difficult for the pair as Alex, 52, is a full-time carer for his 94-year-old dementia-suffering mother, reports The Mirror.

To make matters worse, the refund TUI is due to send them covers the amount they paid two years ago – which is worth considerably less now due to the high rate of inflation.

“We have the cat in the cattery, my mum has dementia and we had to organise care for her,” said Alex, from Harrogate, North Yorkshire.

“Family members have taken time off work to care for her. I’m my 94-year-old mother’s full-time carer and this was was my week of respite.

“TUI just don’t give a monkeys. It’s the lack of care.”

Alex and Willow were looking forward to their holiday to the TUI BLUE Cabo Verde resort in Cape Verde, having been there three times before and loved it.

They had had to delay their honeymoon for a year, having got married during Covid lockdown.

When Alex tried to check-in online the day before they were due to depart on Sunday, he received an error message, prompting him to call the TUI helpline.

After 25 minutes on the phone the line went dead, leading him to hold for 54 minutes a second time before a customer service representative told him to print the boarding pass at the airport.

On Saturday evening Alex and Willow arrived at Manchester Airport and checked into a hotel there, ready to get up bright and early for their Sunday morning flight.

After two and a half hours of waiting in the departure hall, and having checked in their bags, a Tannoy message urged them to find a member of staff.

The newlyweds were told that there was not enough room on the 767 – which had been swapped in for the 787 Dreamliner – for them or 24 other people.

“They said just six of us weren’t contacted before we got to the airport,” Alex said.

“We said that was outrageous and they must have known before. They weren’t interested.”

The couple are now fighting to get compensation for their airport hotel stay and parking, while feeling gutted that their honeymoon has been cancelled indefinitely.

A spokesperson for TUI said: “We would like to apologise for the inconvenience to our customers on flight TOM586 from Manchester to Sal, Cape Verde, on Sunday 22 May who were affected by an aircraft change due to operational issues.

“We contacted affected customers as soon as we became aware of the change, offering the options to cancel their holiday for a full refund, amend their holiday with an incentive or change onto an alternative flight.

“We understand how frustrating and disappointing this will have been and are very sorry for the inconvenience caused.”