Originally built as an overseas railway in 1912, the bridge was a feat of engineering in its day, connecting mainland Florida to its southernmost point, Key West.

The 2.2-mile section, near the city of Marathon, was closed in 2017 for restoration, and since reopening last month pedestrians and cyclists can now walk, cycle and skate across the stunning structure. 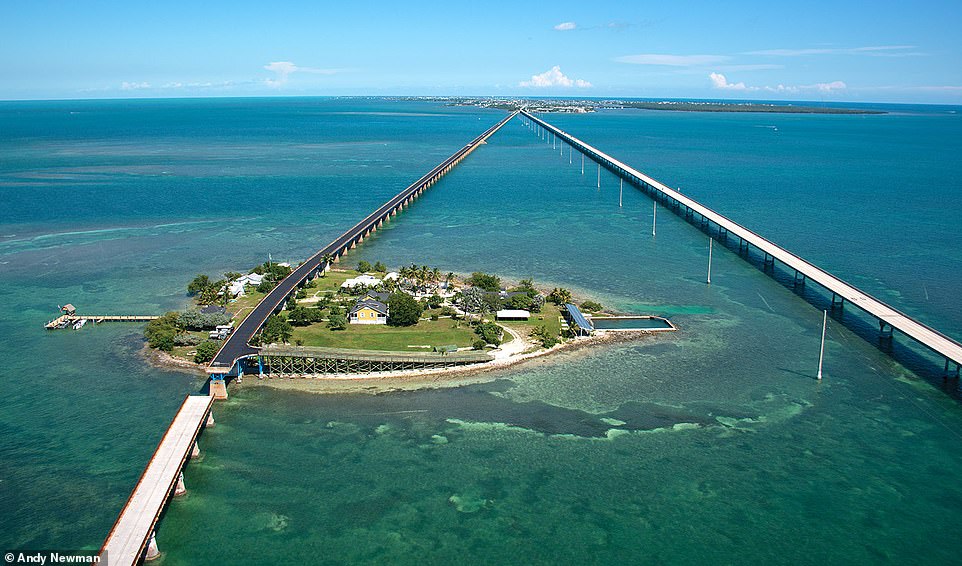 The $44million refurb of Old Seven Mile Bridge (the bridge on the left in the picture) near the city of Marathon means that visitors can once again access the idyllic Pigeon Key island (pictured above), where they can snorkel, fish from the pier and swot up on the history of the bridge at the island’s museum 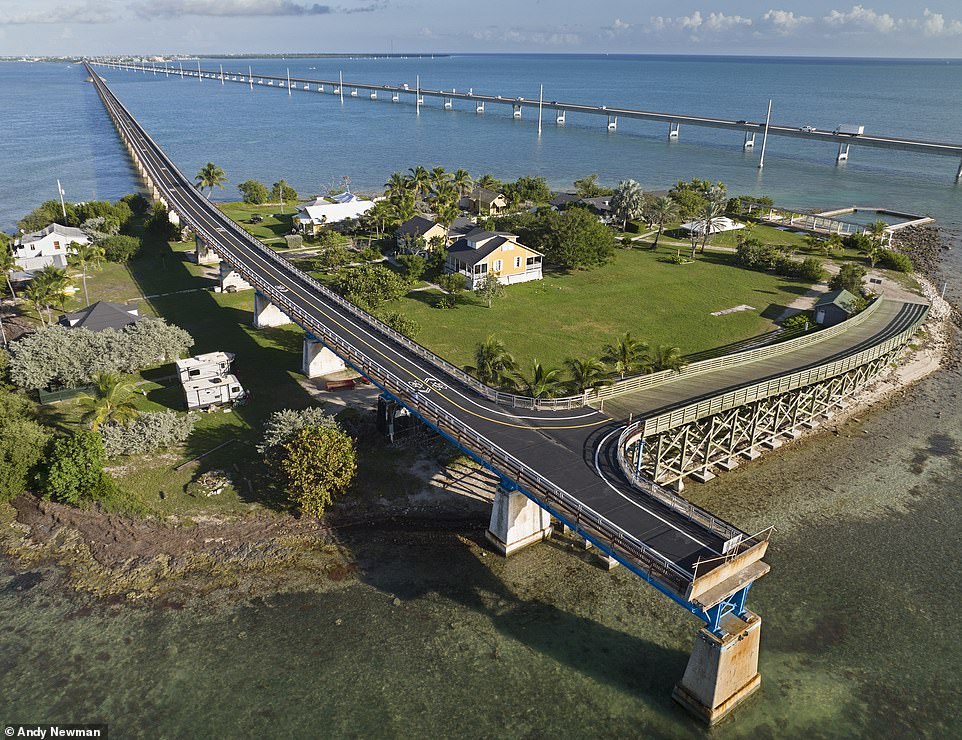 Pigeon Key used to be home to around 400 workers who constructed the bridge in 1912. This drone photo shows the Old Seven Mile Bridge just before its big relaunch in January, 2022 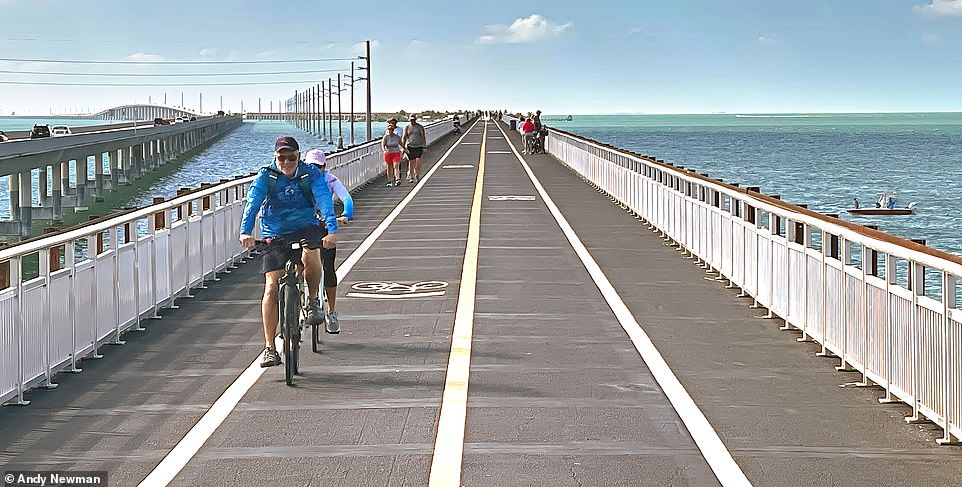 The historic old bridge (pictured) has been spruced up with new handrails, cycle routes and steel reinforcements to make the route safer for visitors

The iconic bridge suffered damage from a hurricane in 1935 and was refurbished to carry cars, but in 1982 the new Seven Mile Bridge was built parallel to the historic one to take the traffic. 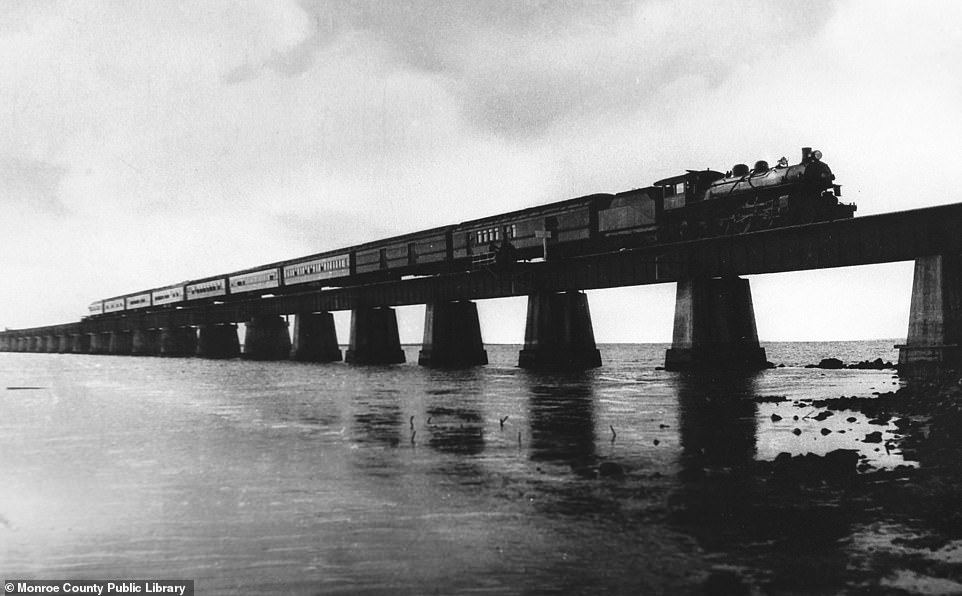 When it was built in 1912, the bridge was used to carry trains, as this undated photograph shows. The bridge’s original name was the Knights Key-Pigeon Key-Moser Channel-Pacet Channel Bridge 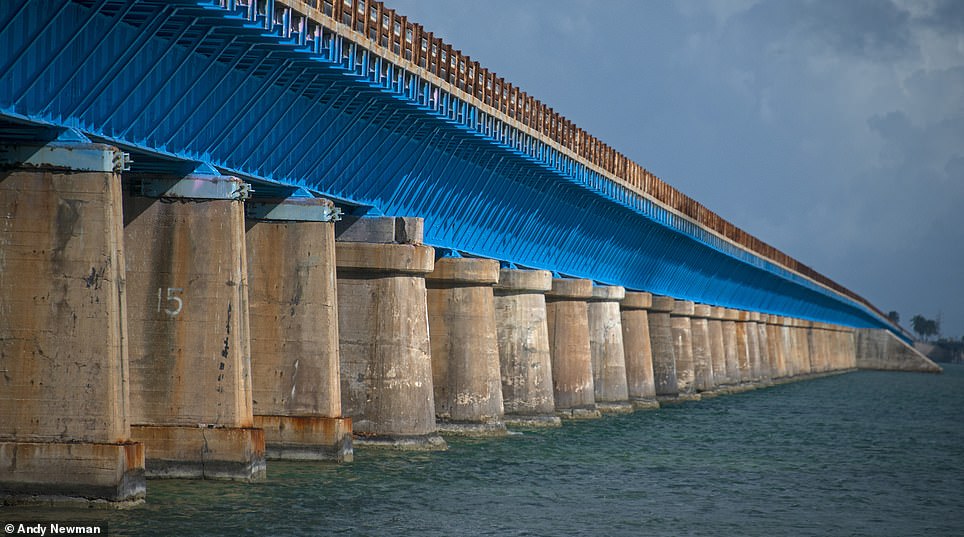 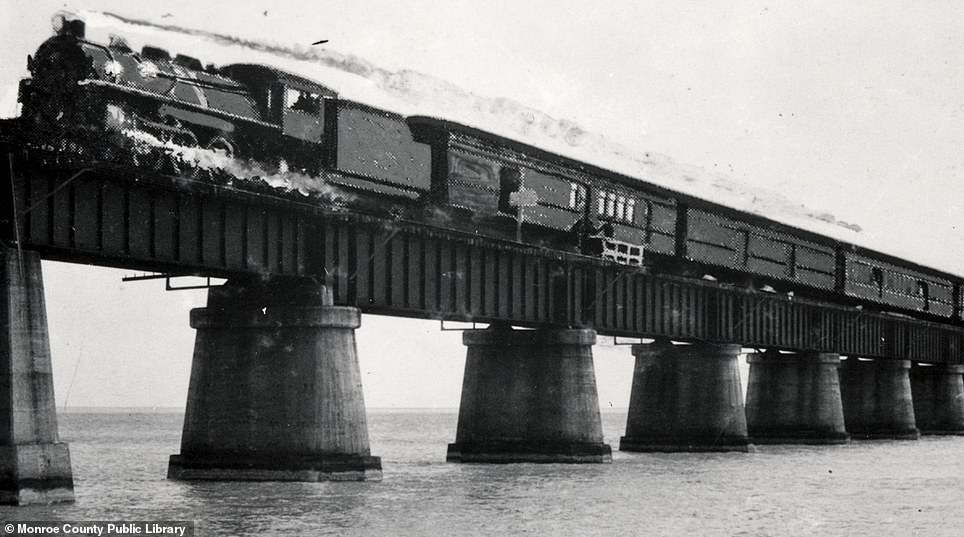 The old bridge originally was part of Henry Flagler’s Florida Keys Over-Sea Railroad, which was completed in 1912. Pictured on the left is the bridge after its renovation, and on the right is an undated picture of a steam train on the bridge

After this, the retired ‘Old Seven’ evolved into a recreation area for walkers and cyclists on a scenic stretch that became known as a bucket-list destination in America.

The renovated section is the gateway to Pigeon Key, a tiny island nestled beneath the old bridge that was once home to about 400 workers who constructed the railway.

Kelly McKinnon, executive director of the Pigeon Key Foundation and one of only four permanent residents on the island, noted that the bridge was used by nearly a quarter of a million people in the year prior to the start of the renovation project. 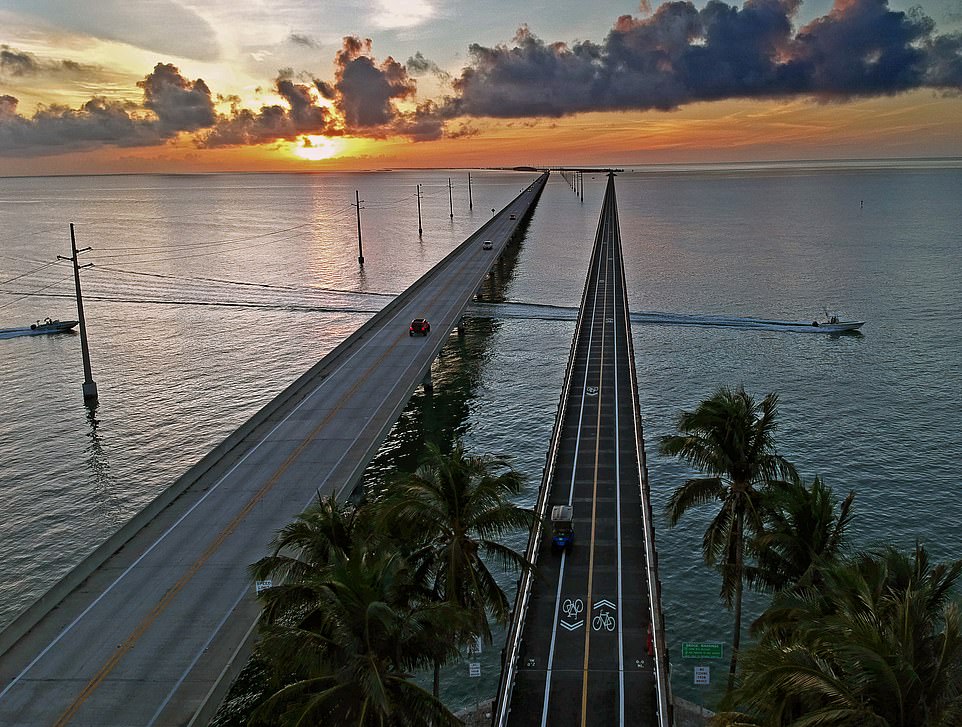 ‘As you come onto Pigeon Key, you really do step back in time,’ McKinnon said. ‘It’s fantastic to walk around, see these original structures, be on the same ground that these men 100-plus years ago were on.’

Today, the tiny island boasts a marine science centre, museum, and invites visitors to snorkel from the shore to explore the crystal-clear waters.

Future plans include a new 60-passenger tram to take visitors back and forth to Pigeon Key, which is expected to launch this spring.