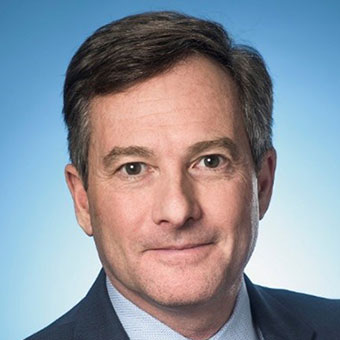 The company had previously established good relations with the government, which had taken control of the quarantine protocols. Trust, coordination and communication between Princess Cruises and the government would turn out to be critical in later phases of the crisis when Kaufman was able to convince Japan to allow the crew to quarantine on land rather than confining them to the ship.

“Connect” became “overcommunicate.” Radical transparency became the watchwords for interactions with passengers, crew and government. The media, and its global viewership, could not avert their gaze from the unfolding crisis, and although the communications team was expanded to meet media demands, the cruise line received little credit for its communication policy or the actions it was taking. The phrase that most stuck in consumers’ minds was that a cruise ship was “a floating petri dish.”

But Kaufman maintains the strategy, including following Japanese Ministry of Health and CDC guidance, was the right one and said he learned a great deal about people, leadership and teamwork in leading the crisis response.

In coordination with health authorities, Kaufman’s team revised operations, including pivoting to 100% room service for meals. Because the quarantine meant passengers would be away from home for two weeks longer than they had anticipated, many needed additional prescription medications. Getting medicine to them was complicated by a Japanese requirement that only drugs approved for use in Japan could be distributed, so a process was established for identifying local equivalents.

Fresh water and other critical supplies, including protective equipment for crew, needed to be brought aboard; the Japanese government declared that all the ship’s waste was potentially hazardous, and special arrangements had to be made to dispose of it.

Additional movies and TV shows were added to in-room entertainment. Sudoku and origami were distributed to passengers, and the team arranged for Amazon to deliver packages to the ship so passengers could order what they felt they might need. In-cabin exercise programs were shown over cabin televisions, and the ship’s WiFi bandwidth was increased so passengers could communicate freely. The captain committed to making three announcements daily, even if there was nothing new to report.

Communicating with the embassies from all the passengers’ countries of origin became a major focus of Kaufman’s team; eventually, plans would be made to bring guests and crew home on charter flights.

The team was working around the clock, and soon the stress began to show. “There was a lot of negativity coming from the press in terms of, ‘How could this happen?’ and ‘People are trapped onboard!'” Kaufman said. “Hotels didn’t want to let anybody related to the ship in, and taxi drivers didn’t want to bring anybody related to the ship back and forth to the offices or the hospitals. There was just a general fear caused by the global spread of the virus. We didn’t know how this would resolve, and we knew the virus could be deadly. There were so many unknowns.”

To keep up morale on his own team in such a stressful environment, he worked to create a no-blame culture and an atmosphere where people could feel part of the process and comfortable in what they were doing. Kaufman said he made an effort to maintain “deliberate calm” in his dealings with people, and when team members were stressed, he said it was absolutely fine for them to go home. To maintain his grounding, he asked that his wife join him in Tokyo; her presence, he said, gave him a sense of normalcy.

“The challenges were all new,” he said. “We just focused on the core values: Just do the right thing. We didn’t worry about money; it was never an issue. For example, we needed to figure out how to feed the passengers and crew when the ship was closing down operations. So, we hired World Central Kitchen, [chef] Jose Andres’ organization, and they helped us create a system to feed remaining passengers and crew. We actually built food trucks to keep the food warm.”

Kaufman left Princess in January 2021 and today consults, speaks and writes about industry matters, crisis management and culture. Among his most important takeaways: “In times of crisis, if you connect on a human level, a lot of the barriers and difficulties get much smaller. Just talk to people at a human level.”