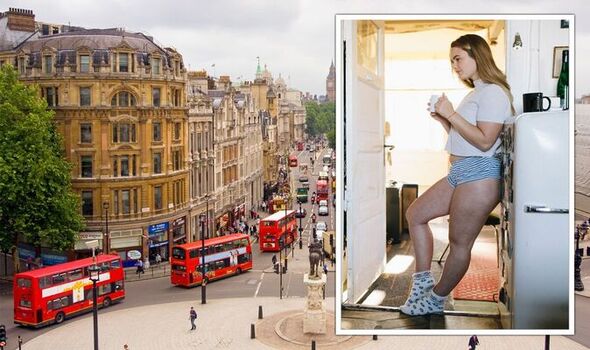 There are many expats living and working in the UK. Some expats have shared what they find difficult about the British lifestyle.

The InterNations Expat Insider survey asked expats around the world to rank their home based on key factors.

Safety, security, environment, career opportunities and housing were a few of the categories covered.

The UK ranked particularly badly when it came to housing and 60 percent of expats thought Britain was unaffordable.

One expat said: “The properties are small, and the interior quality is usually substandard. I find it hard to consider any of these places home.”

British houses are generally smaller than those in the USA or Australia. This is partly due to limited land space and the high cost of construction.

Housing sector experts say the UK hasn’t built enough new properties to keep up with population growth which has pushed up prices.

The cost of buying a property in some London boroughs, including Hackney, doubled over the last decade.

Expats were also unhappy with the UK’s healthcare system, despite it being very affordable.

Almost a quarter of expats said it was difficult to access the health services they needed in the UK.

Expats were also unhappy with the availability of healthcare and thought the quality in the UK was low.

Taiwan was rated the best country in the world for healthcare with South Korea and Austria close behind.

The UK’s rainy climate was also disliked by many of the expats with two in five unhappy with the weather.

One expat said: “The weather is difficult, and during the winter the lack of daylight can be depressing.”

Almost 20 percent of expats also felt that the local population was unfriendly in the UK although that wasn’t far off the global average.

However, it wasn’t all bad news as the UK did rank highly when it came to the job opportunities.

Around 70 percent of expats in the UK were satisfied with their career opportunities and rated the UK’s business culture positively.

An expat said: “Life is easier here because I was able to start a new career and grow in the industry I work in.”

Over three quarters of expats thought the UK’s work culture was flexible and nearly 70 percent thought it promoted independent work.

Expats also rated administration in the UK and thought it was very easy to access online services.

Despite the positives, around one in four expats were unhappy with their financial situation in the UK.