The Inspector calls at the Leicester hotel designed to make you feel you’re in New York’s Brooklyn – ‘and it works, up to a point… ‘

There’s a Hotel Brooklyn in Manchester — and now there’s one in Leicester. It opened only last month and those in charge will be longing for the start of the new rugby premiership season in September, because this brand new venture is bang next door to the Leicester Tigers stadium.

In fact, it’s linked via a bridge which takes you directly to the club’s hospitality suites.

Hospitality, meanwhile, at the adjoining 200-room hotel is promising. Staff — who wear T-shirts with ‘Crew’ written on the back — are friendly; the vibe is fresh and enthusiastic. 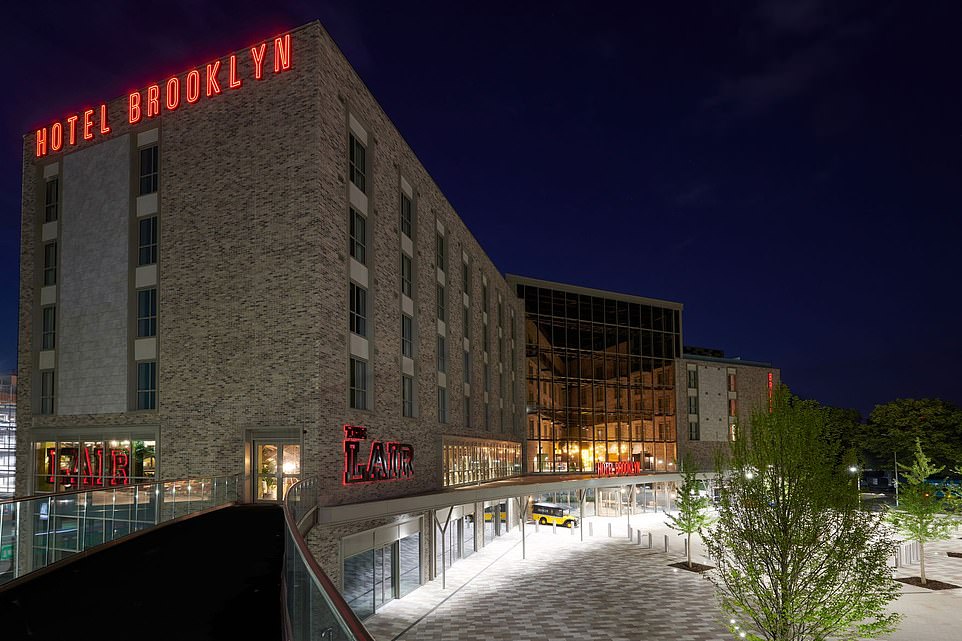 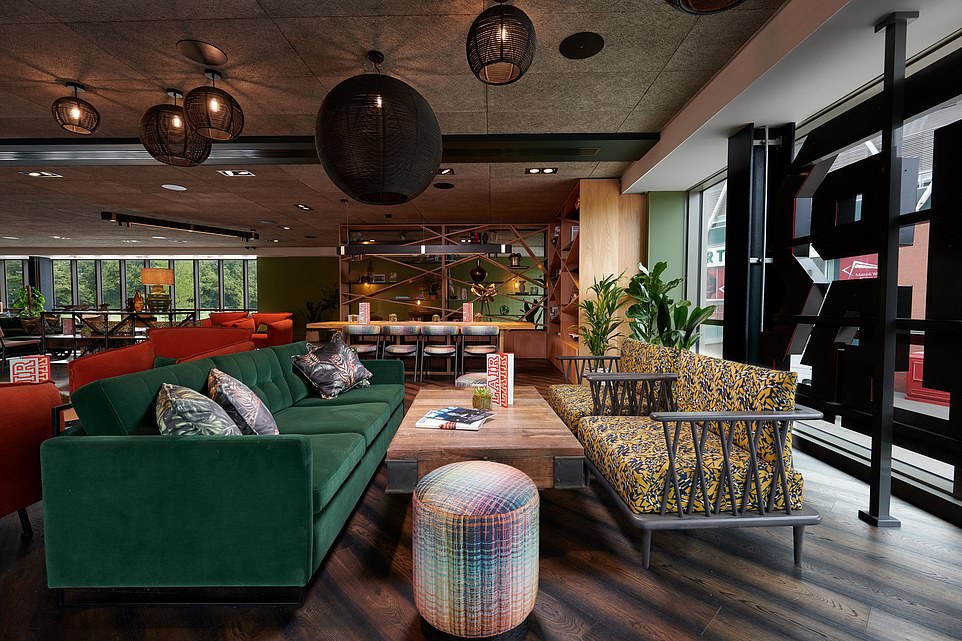 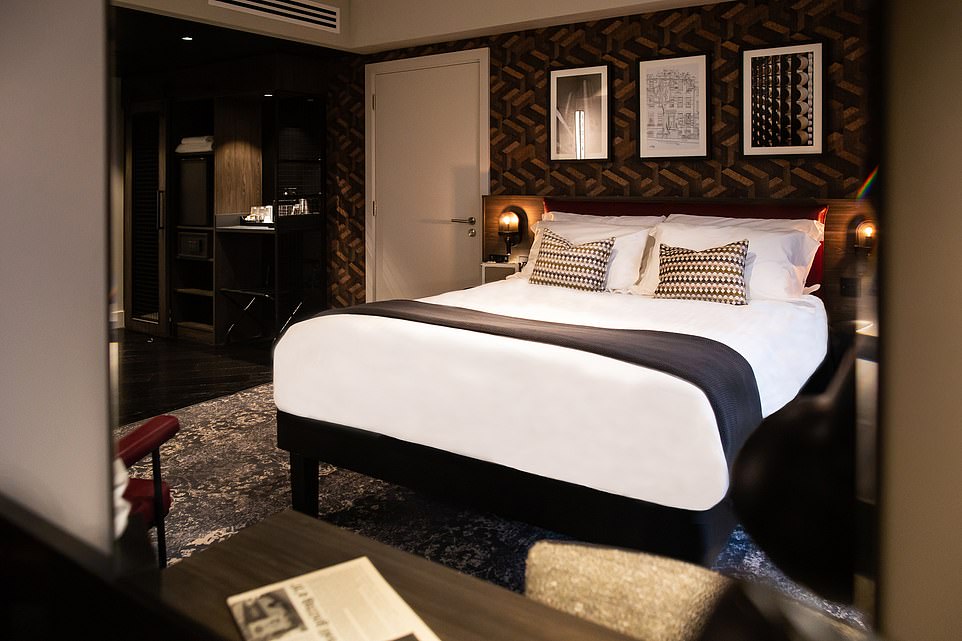 When it came to his bedroom, the Inspector wasn’t too impressed. He said the cupboards ‘looked like cages’ and his ensuite consisted of a ‘pokey shower room’. Above is a stock publicity shot

You’re meant to feel you’re in New York’s Brooklyn — and it works up to a point. There’s plenty of exposed brick in the lobby and first-floor atrium. It’s funky, with loads of space to hang out with a drink. There’s a mini grandstand in front of a giant TV, with bean bags at floor level. But everything feels a little tinny.

In the lift, a fellow guest says: ‘Why does the woman telling you what floor you’re on sound aggressive?’

And, my goodness, she does.

Rooms have beds at an angle, with desks behind them. Cupboards look like cages (horrible anti-theft hangers), and you’re hermetically sealed. Pokey shower room. Three F. Scott Fitzgerald novels are provided but, oddly, no complimentary water.

Mind you, this is good value. I’m paying £111.50 for dinner, bed and breakfast. The menu is limited and my tempura king prawns are under-cooked. But there’s nothing wrong with the butterfly chicken fillet and sweet potato fries. 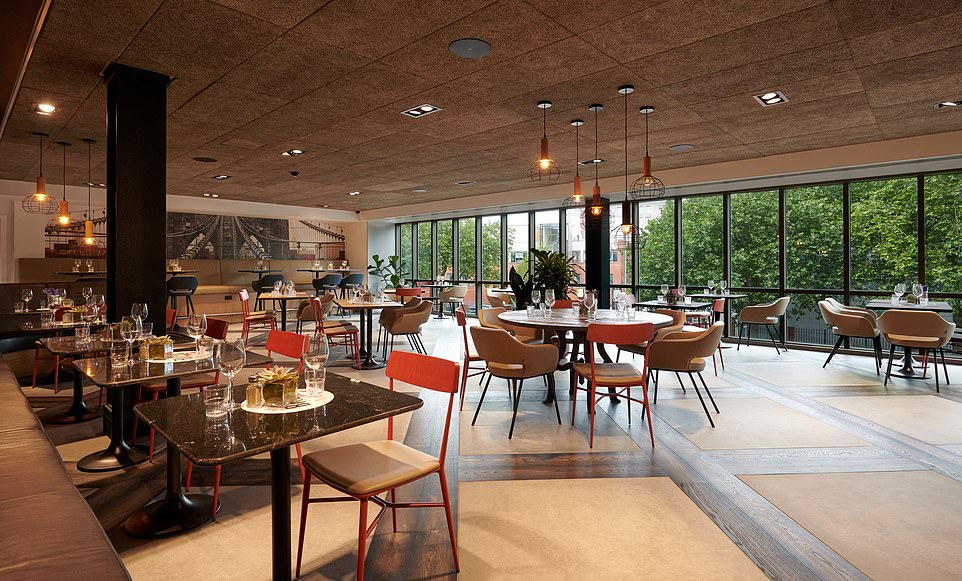 The restaurant at the Hotel Brooklyn in Leicester. The Inspector paid £111.50 for his stay, which included dinner and breakfast 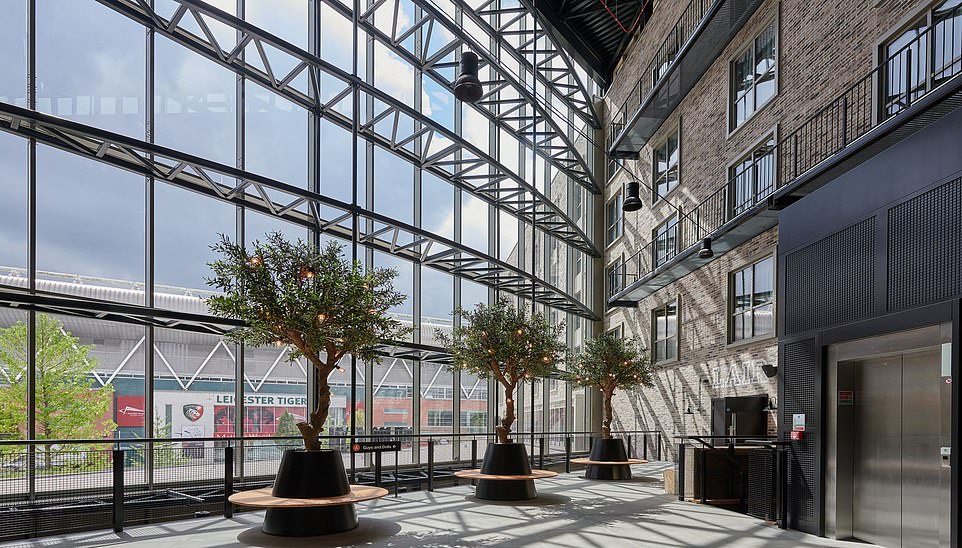 Teething troubles, no doubt, but I have to get up and walk over to the bar to get a second glass of wine.

Breakfast is a buffet, with help-yourself coffee machine. A young man in a Leicester Tigers shirt piles his plate high. He looks like a rugby player and may well be hopping over to the stadium for a calorie-busting training session.

I feel sorry for the woman on reception at check-out. She’s all alone. There’s confusion over my bill, then the phone rings and she feels obliged to answer it, just as a plumber arrives to fix something or other.

This ambitious project needs to settle down and tighten up before it can join the hotel world’s premier league.