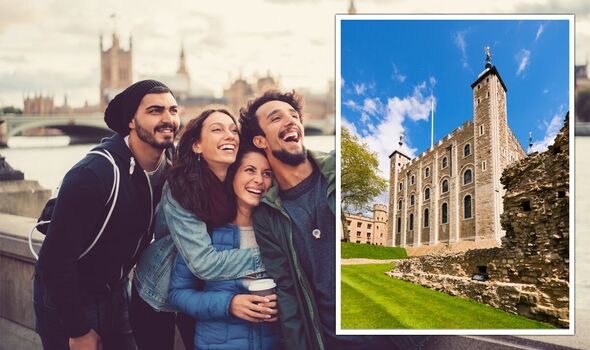 It’s hard to imagine going on holiday nowadays and returning without any photos. However, tourists will need to ditch the camera in several destinations, including a top attraction in the UK.

The Tower of London is top of the list for many tourists travelling to the Big Smoke for a city break.

But while they can catch a glimpse of the Tower’s precious Crown Jewels, they won’t be able to take a photo home with them.

A spokesperson for ParrotPrint.com said: “The precious crown jewels are kept under high security at the Jewel House in the Tower of London, with over 100 CCTV cameras and guards round the clock.”

The photography ban is in place to stop any would-be criminals using footage to spot security weaknesses around the jewels.

The iconic landmark in the City of Lights is perhaps most beautiful at night when 20,000 lightbulbs set it alight with sparkles.

But while it’s easy to find videos on social media of the sparkling tower, it’s technically forbidden to take photos or videos of the glimmering Eiffel Tower.

The lights are reportedly classed as an artistic piece of work, making it illegal to distribute images without authorisation.

However, according to ParrotPrint it’s highly unlikely the French courts will decide to crack down on any of the tourists sharing photos of the tower on social media.

The breathtaking Sistine Chapel is the crown of the Vatican, the Pope’s official residence and top tourist attraction.

Tourists are banned from taking photos or filming inside the Chapel, due to a rule dating back to the 1980s.

Nippon TV in Japan gained exclusive rights when they funded the £3million restoration project for the Chapel.

Security is tight at the Chapel and guards are allowed to delete people’s photos if they’re caught filming.

Tourists visiting destinations in the UAE such as Dubai or Abu Dhabi need to be aware of their surroundings if they want to take photos.

Airports also have a strict ban on photography and filming so tourists should check the rules before whipping their camera out.

Tourists could be fined if they are caught taking photos or filming in a forbidden area in the UAE.

India’s glorious Taj Mahal is the highlight of the country’s Golden Triangle tourist trail and top of many tourists’ lists.

While tourists are welcome to take photos of the outside of the Taj or pose on the same bench as Princess Diana, they can’t take photos inside the Taj Mahal.

As the Taj Mahal is a sacred mausoleum, it would be extremely disrespectful to take photos inside the monument.

This is also the case in many religious buildings worldwide and tourists should check rules before trying to capture a snap.