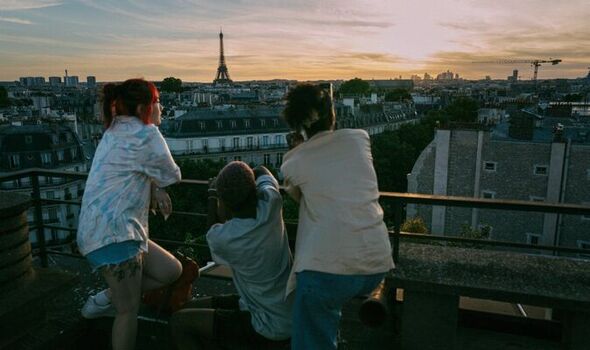 According to data from Hotels.com, part of the Expedia Group, wellness breaks have bounced back from 2021 – with more than a 30 percent increase on 2022 demand, which is set to continue.

The brand also conducted research of 2,000 adults who plan to holiday in the next three years, which found almost a third (31 percent) have become “bored” with traditional wellness trips, and want to try something more exciting.

The most popular new wave wellness breaks include fruit harvesting and “sylvotherapy”, also known as forest bathing, which is said to link a human’s energy with the forest.

Another travel trend set to dominate 2023 is “Set-Jetters” – those who consider travelling somewhere after seeing it featured in a streaming show or movie – with Expedia finding that 44 percent admit TV has already influenced their travel decisions.

Almost half (46 percent) have researched travelling to a destination from a show, while another 37 percent have already booked a trip after seeing it featured on TV or in a movie on a streaming service.

The brand also revealed that after nearly two years of visiting national parks and nature reserves, the city is calling with its trend “Culture Capitals”.

Jon Gieselman, Expedia Brands president, said: “When we look at Expedia, Hotels.com, and Vrbo data together, we see a detailed and robust picture of travel into 2023.

“We’re seeing a surge in trips to culture capitals, a new wave of interest in wellness retreats, and a spike in demand for outdoor destinations beyond just beaches and mountains.

“Not a new normal, but people branching out to unexpected trends in what we’re calling the “no normal”.”

Globally, Hotels.com found searches for three-star and under hotels were down more than 10 percent year on year – but interest was up globally by more than 20 percent.

One in five travellers polled consider a hotel’s star rating as something “very important” to them.

The data also uncovered Vrbo’s, which is also part of Expedia Group, top 10 “Hidden Gems” in the UK, where the holiday homes site found searches have increased by 40 percent or more in the last year.

These include Cambridgeshire and Leicestershire in England, South Ayrshire and East Lothian in Scotland, and Monmouthshire in Wales.

And the travel company’s research of 2,000 adults in the UK, who travel at least once every three years, found 37 percent would rather book a cool and unique holiday home in a lesser-known destination, than a boring space in a popular destination.

The brand also found food-specific travel is a trend set to dominate searches in 2023, as British families are increasingly searching for properties with outdoor kitchens, fancy coffee machines, and pizza ovens.

And 44 percent even go as far as to say these needs are more important than their travel destination, according to the research by OnePoll.