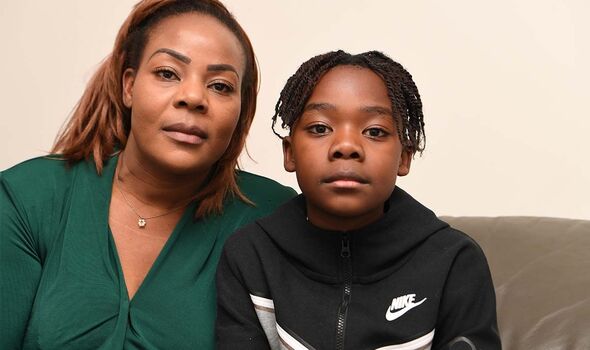 A mother has told of how she and her son were forced to spend the night on a “freezing cold” train after bad weather and power failures left them stranded at the station.

Lorentinah Kaseke said it was a “traumatising experience” as she and her son had to spend the night on the train with “nowhere to go” – or any other way to get home.

Lorentinah and Joel Kaseke had been visiting London for the day on Sunday, December 11, to celebrate Joel’s birthday. They met their family in London to enjoy go-karting before making their way back to Cambridge later that day, CambridgeshireLive reports.

On the way home, they travelled from London Kings Cross to Hitchin and from Hitchin train station got a replacement bus service to Royston train station. Here they were planning to get the 9.49pm train to Cambridge but were told it was no longer running.

Instead, they were advised to go to a different platform and board the 10.09 Great Northern train to Cambridge. However, after boarding the train and waiting they were later told this train would no longer be operating due to a combination of power failure and extreme weather conditions.

Lorentinah explained: “When the train came, it couldn’t move from the station”.

Unsure of how she was going to get home Lorentinah asked the staff if they could arrange a taxi or bus to Cambridge but unfortunately, neither of these were able to run, nor were any other trains. She added that she didn’t know anyone in Royston that could help either and said: “We had nowhere to go”.

Explaining how she felt the mum said: “I was hysterical, I was even getting frustrated because my son was crying and as much as I was comforting him it’s very traumatising knowing that you’re stuck and you’ve got nowhere to go and you don’t even know whether the train is gonna move because of the weather.

“I didn’t even know if we were even gonna go anywhere at all because of the condition of the road. There were no taxis as well, there were no buses. Nobody could get to us. It was very very traumatising.”

Great Northern said they tried to arrange taxis for the passengers who had no way else to get home but due to the snow and ice that had already arrived local companies in Royston were not sending cars out. A replacement bus service was also unable to be arranged.

Lorentinah said: “They did all the best they could to get the taxis down but then the weather was deteriorating and nobody wanted to come down to Royston”.

This meant Lorentinah and her 10-year-old son had no choice but to stay on the standstill train from around 10.50pm until around 5.30am the next morning. In total there were around 20 other passengers in the same situation having to spend the night on the train unaware of when it would be able to leave.

“We had no choice but to sit in the cold train” the mum said. She also explains that the train was “freezing cold, really, really cold” and said: “my son was actually shivering, he cried until he couldn’t cry anymore”.

During the night Lorentinah asked the staff for some assistance to help keep her son warm. With limited resources, the staff were able to provide the 10-year-old with a selection of hi-vis jackets to use as a blanket to try and keep him warm, the mum said she used numerous jackets to cover him as he lay on the seat of the train. Joel then slept “on and off and was crying because he was so frustrated” his mum explained. She said “seeing him like that, it just really broke my heart, I’ve never been so stuck in my whole life, it was so frightening.

“We didn’t even know how long we’d stay there for, because of the snow, we didn’t know if it was going to get worse”.

During the night Great Northern staff were on the ground to assist passengers as much as they could. They provided bottled water and warm drinks to passengers, as well as handing out additional layers such as hats and other hi-vis jackets.

Great Northern confirmed that the heating was kept on throughout the night and passengers had access to the toilets.

After almost seven hours on a standstill train and a journey that usually takes around 20 minutes, at around 5.30am the train from Royston to Cambridge was finally able to run again. On arrival at Cambridge train station at around 6am Lorentinah said there were other people facing difficulties with travel due to the weather, she said “it was really bad, there was so much chaos”.

Lorentinah then tried to call a local taxi to get them home but none were available, so instead had to order an Uber. She said “I had to order an Uber but it cost me so much money and I didn’t have those funds to hand so I had to borrow money from my friend because I couldn’t wait again in the cold. It was awful. I just really wanted to go home. I had been cold for a very long time”.

The mother and son finally made it to their home in Cambridge near Arbury at around 7am on Monday, December 12, almost 10 hours later. She said “It was very traumatising” and “I’m scared to make the journey and get stuck in the train again”.

Lorentinah works in Hitchin as a triage nurse but said after the “traumatic” ordeal couldn’t face making the journey back again on the same day, especially after so little sleep. She said: “There was no way I could have gone to work after having slept a whole night on a train”.

Jenny Saunders, Customer Services Director for Thameslink and Great Northern said: “We are very sorry that due to a combination of power failure and extreme weather conditions in the Royston area [on December 11] some of our passengers could not get home. We tried our best to arrange taxis, but unfortunately the snow and ice meant local companies were not sending cars out.

“Keeping passengers on the train is a last resort, but with no other options available, this was the safest thing to do. We kept the heating switched on the train all night and had staff on the ground to assist passengers and hand out water and hot drinks.”

Great Northern also shared that the on-call Team Leader made his way by car as soon as he heard about the issues, noting that there were abandoned cars on surrounding roads due to the weather. The Team Leader also stayed with passengers until 8am on Monday, December 12 so that he was with them all night.

Helen Cavanagh, Head of Passenger Experience for Network Rail’s East Coast route said: “We’re incredibly sorry for the experience that Lorentinah, her son and other passengers had whilst travelling home on Sunday night.

“A number of complex incidents, including an issue with the train-powering overhead line equipment near Royston and overrunning engineering work near Letchworth, caused some significant disruption to trains in the area. We worked with Great Northern to help passengers find other ways home, but unfortunately the snow and ice meant that this wasn’t possible for everyone. We’ll be reflecting on all the decisions made during these incidents to make sure our operational response is as good as it can be in the future.”