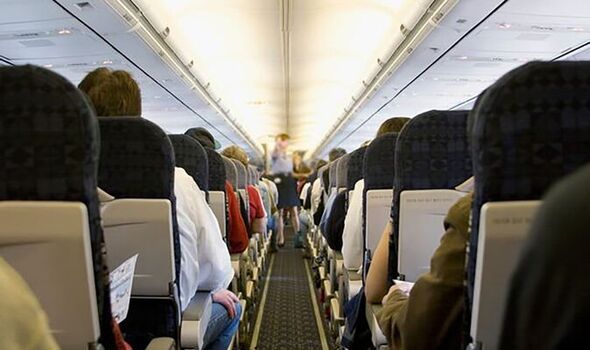 The mum wanted her daughter, who is afraid of flying, to sit next to her for their journey to Gran Canaria last week. They were both given aisle seats, one in front of the other, as TUI considers “seats together” as “alongside each other, or immediately in front and behind each other”.

The parent asked the couple next to her if either or both of them would switch.

But the woman had paid extra for her window and her partner’s middle seats and she wouldn’t budge, Edinburgh Live reports.

Writing to parenting forum Mumsnet, the woman asked others if she was right to remain in her allocated seat – and she was backed by the majority.

“Last week I was travelling to Gran Canaria with TUI. I had booked mine and boyfriend’s seats, when we booked and paid £22 for both. I had the window and he had the middle,” she stated.

“A lady sat on the end and her daughter was in front. She asked could they have our two seats and we have hers/daughters or my boyfriend switch with her daughter.

“I politely said no, which she wasn’t happy about.

“We got: ‘What difference does it make? You’re adults, my daughter is scared of flying and is a minor.’

“Was I in the wrong ? Surely if she was that bothered she could have paid like us.”

TUI reminds passengers online to “make each seat reservation by looking at a digital aircraft seat plan” before travelling.

And so other holidaymakers supported the woman’s choice to stay in the seat for which she had paid extra.

One person stated: “You are completely in the right in my opinion! I wouldn’t have moved either. She was just trying it on.”

A second shared: “TUI has never seated me separately to my kids and I never pay extra. But then they’re also under 10 so I expect that is their policy. If her child was presumably older, she should have paid.”

Another wrote: “I wouldn’t have asked but I would have swapped if I had been asked.

“This really bugs me – I have lost count of the number of times there have been parents on flights with small children who haven’t paid to sit together and expect people who have to move.”

But one mother said: “I would have quite happily moved. This thread is making me think I’m nicer than I thought I was, and that’s saying something.”

Another shared: “Not unreasonable. Just uncharitable. Personally I would have swapped for the sake of a child. My partner is an adult and can survive a whole flight without me holding his hand.

“You value money and the entitlements it gives you more than a stranger’s child’s feelings.”

In TUI’s terms and conditions regarding seats, the company says: “Seats are assigned separately for outbound and inbound flights, and you’ll need to make each seat reservation by looking at a digital aircraft seat plan for your flight. Remember to make sure seats are assigned for each leg of your journey. Please note, if you leave empty seats between the ones you’ve chosen, or you leave a single window seat unoccupied, we won’t be able to confirm your seating request and you will be asked to re-select.

“We’ll attempt to accommodate your party together wherever possible, although this can’t be guaranteed. Seats together means seats that are alongside each other, immediately in front and behind each other. Parties may be separated by an aisle.”