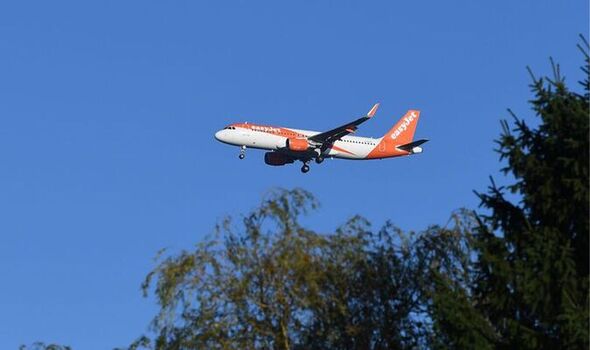 Two easyJet flights have been diverted this morning after declaring separate ’emergencies’ following take-off. Passengers travelling from Manchester Airport to Enfidha in Tunisia were forced to turn back due to a ‘technical issue’.

The plane took off shortly before 8am, reports the Manchester Evening News. However, the pilot transmitted a 7700 squawk code, declaring a general emergency as it flew over Oxfordshire. The Airbus A320 plane then turned around and flew back to Manchester where it landed shortly afterwards. easyJet said a normal landing took place and all passengers disembarked as normal.

Passengers were given free food and drink whilst a replacement plane was secured to take them later today, the company said.

A spokesperson for the airline said: “easyJet can confirm that flight EZY1999 from Manchester to Enfidha in Tunisia this morning returned to Manchester due to a technical issue and landed normally in line with procedures. Passengers are being provided with complimentary refreshments and are continuing their journey to Enfida this morning on a replacement aircraft.

“The safety and wellbeing of our passengers and crew is easyJet’s highest priority and easyJet operates its fleet of aircraft in strict compliance with all manufacturers’ guidelines.”

Later, in a separate and un-linked incident, a flight from Iceland to Manchester was diverted to Scotland due to a medical emergency. Flight EZY1810 from Reykjavik was due to land at Manchester Airport at around 12:10pm. However it also declared an emergency as it flew over northern Scotland.

The airline says a passenger needed ‘urgent medical assistance’ so it diverted to Inverness airport.

“easyJet can confirm that flight EZY1810 from Reykjavik to Manchester this morning has diverted to Inverness due to a passenger on board requiring urgent medical assistance,” the spokesperson said. “The safety and wellbeing of our customers and crew is our highest priority.”