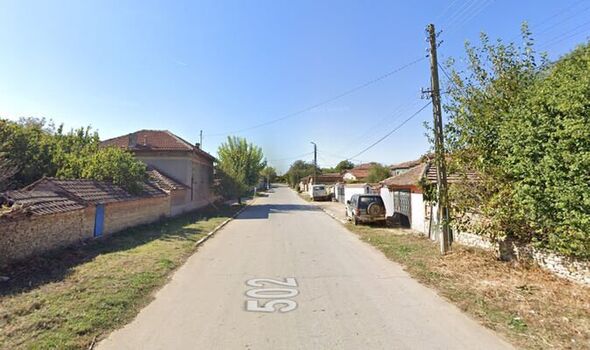 The man decided to buy the three-bedroom holiday home in Dolna Lipnitsa, Bulgaria, after coming across an advertisement on the online marketplace during lockdown. The 58-year-old, who does not wish to be named, said he was in regular contact with the owner and arranged to pay the £7,000 asking price in monthly instalments of £300 via bank transfer.

It was not until the father-of-four, from Lancashire, visited Bulgaria in May this year to see the holiday home that he realised he had been scammed, reports The Liverpool Echo.

He said: “I saw an advertisement on eBay and I wasn’t in a position to pay outright for it so I sent an email and said ‘can I do monthly payments until I can get over there?’ Because with covid I couldn’t get over there.

“I’ve been to Bulgaria so many times with the kids, and my daughter was diagnosed with cancer not so long ago – 4/5 months ago – and I was doing it really for the kids, so that if something happened to me they could go there and just chill out.

“I got friendly with this woman selling the property, I spoke to her so many times, she was lovely. I was paying her each month then I finally went over [to Bulgaria].”

The man said he was sent a set of keys to the property, but on arrival, neighbours started raising alarm bells about the scam.

He said: “A neighbour took me around and said you know you need to be aware. She scams so many people, she gives different keys to different people. So many properties she advertises and she doesn’t even own them, she rents them.”

Once inside the property, he realised it had no electricity and half of the items included on the property listing were not there.

He tried to contact the scammer, who agreed to deduct £1,000 for the missing items but she then refused to provide the deeds of the property or show information about the electricity bills.

During his time in Bulgaria, he said he was warned by other ex-pats about the scam and a woman also messaged him on Facebook saying the same thing had happened to her.

He said: “I feel sick, it’s making me ill. I feel like an idiot. Someone has just taken me for a ride.”

The dad said he made the payments for the holiday home as business payments from his Halifax and Barclays bank accounts, which he believed would give him protection.

He has since received a refund for the money he paid from his Halifax bank account, but he Barclays has not refunded him the remaining £4,200.

The dad has now made a complaint against Barclays to the Financial Ombudsman with the help of Liverpool-based High Street Solicitors.

High Street Solicitors is urging anyone in similar circumstances, where their bank has refused to refund them, to get in touch with them where they can provide advice and support in submitting a formal complaint to the Financial Ombudsman.

A Barclays spokesperson said: “We’re very sorry to hear that our customer fell victim to a fraud scam and the impact this has had on his wellbeing. Having carefully reviewed this matter we’re unable to support the request for a refund.

“Our investigation concluded [name redacted] did not undertake any independent precautionary research to check if the offer promised was genuine. The protection of customer funds and data is one of our highest priorities and we confirm we did display scam warnings which included relevant information and helpful preventative checks.”

Larissa Ellis, head of legal operations for High Street Solicitors, said: “Sadly, we are seeing more and more people falling victim to online scams where they are enticed into making payments for something they believe to be genuine. It is our aim to assist the claimants in recovering their losses plus interest, along with providing a listening ear.

“We understand that some situations are difficult to discuss and it can be very upsetting being a victim of push-payment fraud, however, we urge any victims of this who have complained to their bank and been refused a refund to get in touch.”