The nation with the most powerful passport in the world has been named as part of the annual Henley Passport Index, which ranks countries based on their ability to visit 199 countries in the world without a visa. The total score each passport receives is equal to the number of destinations for which no visa is required.

Japan has the most powerful passport in the world, with its citizens able to visit 193 countries without a prior visa.

South Korea and Singapore ranked in joint second place, with their citizens able to visit 192 countries.

Both Germany and Spain took the third spot, with passport holders able to visit 190 nations visa-free.

Finland, Italy and Luxembourg were awarded fourth place, with citizens permitted to travel freely to 189 countries. 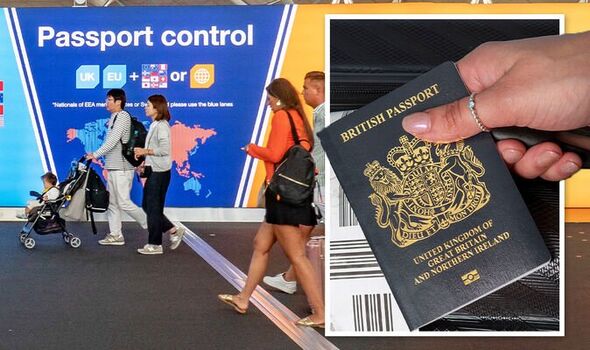 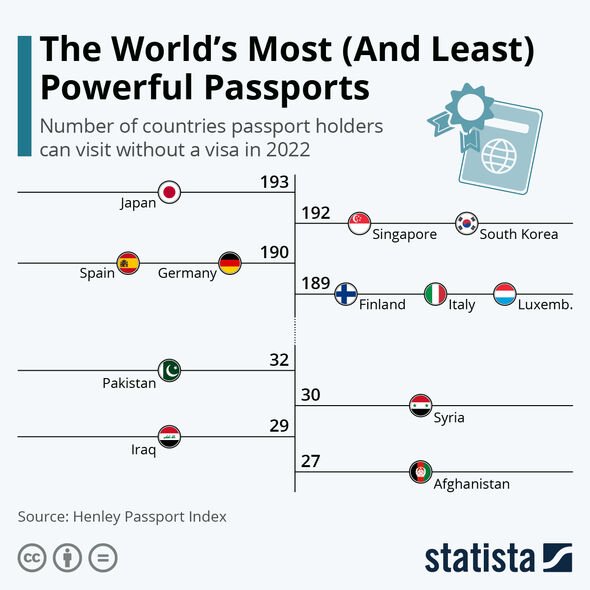 In fifth place are Denmark, Netherlands and Sweden, where passport holders can jet off to 188 countries.

The UK came in sixth place, with British passport holders able to travel to 187 countries without a visa.

Travel has resumed for Britons as COVID-19 restrictions have been lifted, but since the pandemic, a lot has changed.

Since Brexit came into force, new passport rules mean travelling overseas has new regulations that were not previously in place. 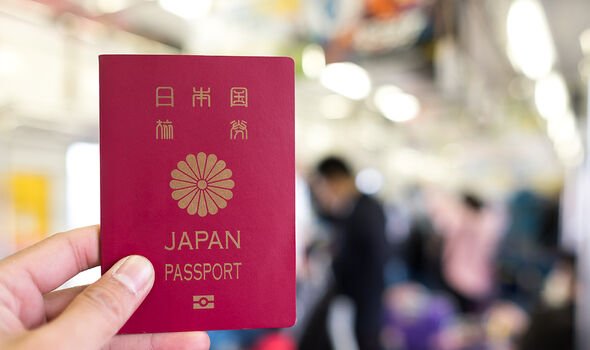 This includes freedom of movement and the ability to live and work in Europe without a visa.

The flexibility to live and travel freely within the bloc was just one aspect which added to the power wielded by the UK passport.

The UK was joined in sixth place by Ireland, France and Portugal.

Even though the United States is a little further down the list, it still comes in seventh place, enabling citizens to enter 186 countries without significant restrictions.

Austria, Canada, Greece, Malta and the Czech Republic ranked in eighth place, with citizens able to travel to 185 countries.

Hungarian passport holders can visit 183 countries without a visa, placing the nation in ninth place.

Bringing up the rear of the top 10 are Lithuania, Poland and Slovakia, with citizens all able to visit 182 countries without a visa.

At the other end of the scale, the situation is very different.

Passport holders in Afghanistan, Iraq and Syria all face much tighter restrictions when it comes to overseas travel.

The Afghan passport wields the least power of the ranking, with just 27 destinations permissible without a visa.

Similarly, in Iraq and Syria, the situation is not much better, at 29 and 30 destinations, respectively.

Top 10 most powerful passports in the world